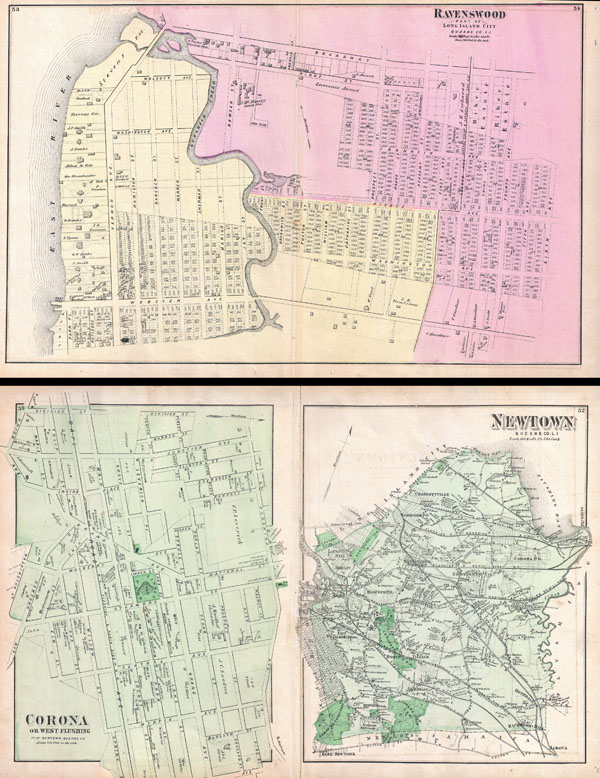 A scarce example of Fredrick W. Beers' two map set of Ravenswood, Queens, New York City. Published in 1873. Maps printed on both sides of sheet. Ravenswood side details Ravenswood, Queen from the East River to what was then 6th Avenue. Bounded on the north by Broadway and on the south by Webster Avenue. Verso features Maps of Corona or West Flushing and of Newtown, including the areas of East Williamsburgh, Ridgewood, Columbusville, Hopedale and Charlottville, among others. Detailed to the level of individual buildings and properties with land holders noted. This is probably the finest atlas map of Ravenswood and the Newtown area of Queens, New York City to appear in the 19th century. Prepared by Beers, Comstock & Cline out of their office at 36 Vesey Street, New York City, for inclusion in the first published atlas of Long Island, the 1873 issue of Atlas of Long Island, New York.