1724 Valk Map of England and Wales 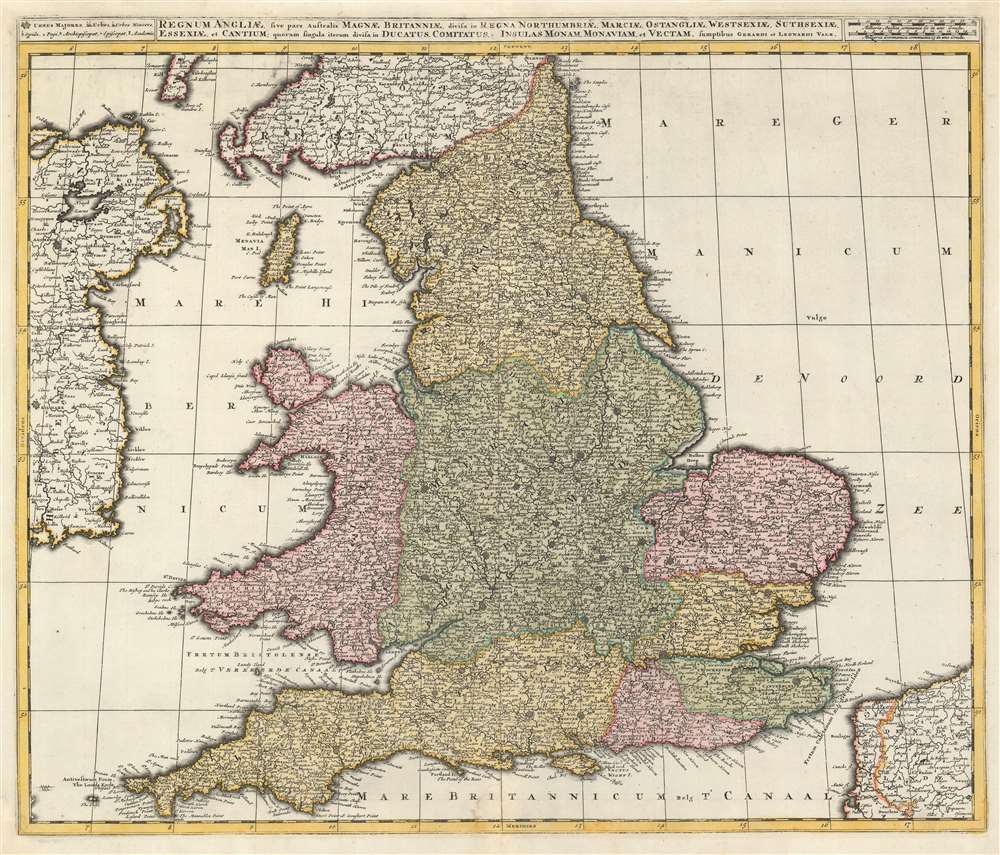 1724 Valk Map of England and Wales

This is a 1724 Gerard and Leonard Valk map of England and Wales. The map depicts the region from eastern Ireland to the North Sea and from Scotland to the English Channel, northern France (Pas de Calais and Nord departments), and Belgium. Highly detailed, myriad cities, towns, and villages are labeled throughout the entire region, not just in England and Wales. Some of the identified cities include London, Southampton, Cambridge, Newcastle, and Cardiff (Caerdyf), along with Belfast in Ireland, and Calais and Dunkirk in France. Seven geographical regions within England are shaded different colors to allow for easy differentiation, including East Anglia, Northumbria, Essex, and Sussex. Wales is also differentiated by color. The Isle of Man is depicted in the Irish Sea between England and Ireland.

This map was created by Gerard and Leonard Valk in 1724. We believe this map to quite rare, as it is part of only one known institutional collection at the Bavarian State Library in Munich and has no known market history.