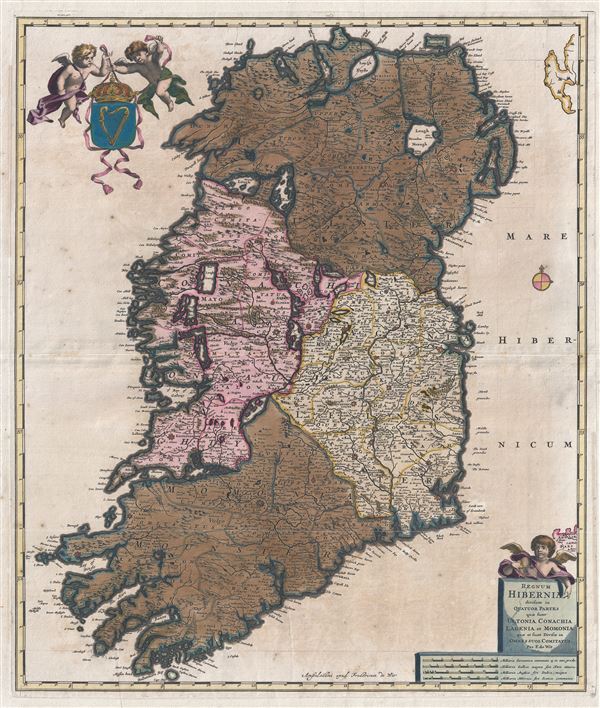 This is a rare large format map of Ireland by Frederik de Witt. Issued in 1680, the map covers the entirety of insular Ireland in considerable detail. Counties, roadways, rivers, swamps, forests, and mountain rangers are noted. Topography is rendered in profile. The whole exhibits considerable accuracy giving ample evidence to Ireland's long cartographic history. Two decorative cartouches decorate the upper left and lower right quadrants. The cartouche in the top left quadrant features two cherubs and the coat of arms of Ireland. The second cartouche features the map's title, scale and another cherub. The map exhibits exceptionally fine old color work with elegant gold leafing. Issued by Frederik de Wit in the 1680 edition of his Atlas Novus.