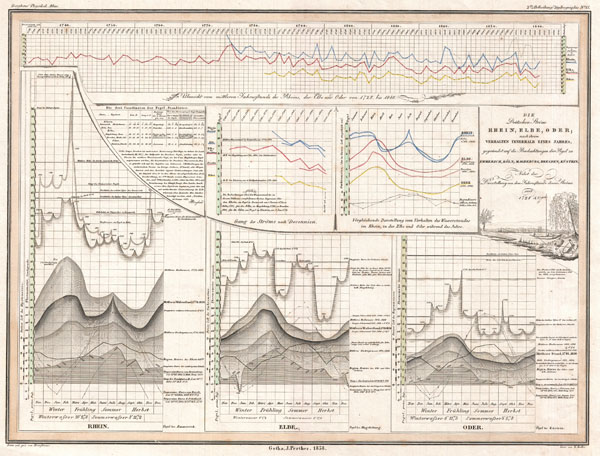 This is an unusual 1838 statistical chart by H. Berghaus. Offers a wealth of statistical information on the Rhine, Elbe, and Oder Rivers. Published as part of Berghaus's, Physikalischer Atlas, a monumental work that evolved out of the 19th century's obsession with the collection and organization of raw data. Beautifully produced in the 19th century with beautiful delicate engraving work, high quality woven paper, and precise but minimalist color work.