1799 Cary Map of the Upper and Lower Rhine 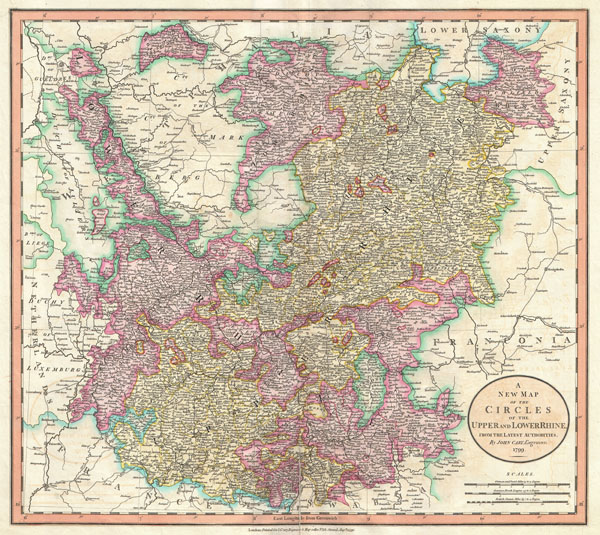 1799 Cary Map of the Upper and Lower Rhine

An extremely attractive example of John Cary's 1799 map of the Upper and Lower Rhine, Germany. Covers Westphalia south to France and Swabia. Bordered on the west by the Netherlands and on the east by Franconia. Includes the important cities of Cologne (Koln) and Frankfurt. Highly detailed with color coding according to region. Shows forests, cities, palaces, forts, roads and rivers. All in all, one of the most interesting and attractive atlas maps of the Rhinelands to appear in first years of the 19th century. Prepared in 1799 by John Cary for issue in his magnificent 1808 New Universal Atlas.