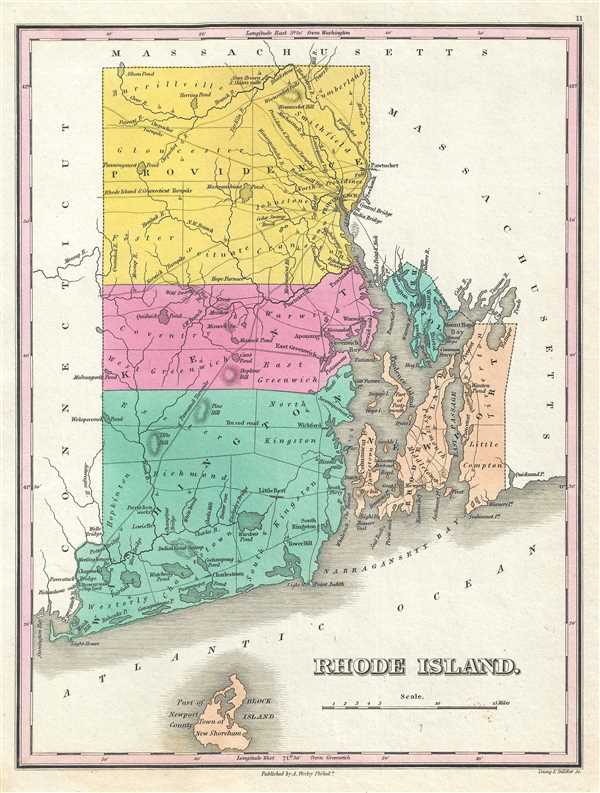 This is an 1828 Anthony Finley map of Rhode Island. The map depicts the state from Massachusetts to the Atlantic Ocean and from Connecticut to Massachusetts in Finley's classic minimalist style. Block Island is illustrated off the coast near the bottom border. Rivers, roads, canals, and some topographical features are included. Providence, Newport, and Charlestown are among the cities and towns labeled, along with several turnpikes, all of which lead to Providence. Color coding indicates the different counties within the state. It is very uncommon to find an early 19th century exclusively depicting Rhode Island, as most maps of the period bundled it with Connecticut or Massachusetts.