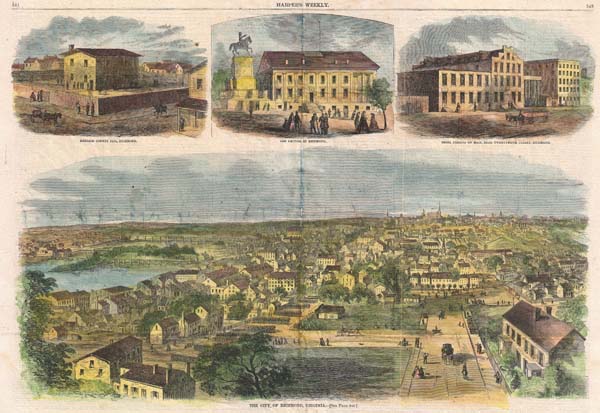 This is a rare and attractive view of Richmond Virginia printed in the May 1862 edition of Harper's Weekly. Shows Richmond shortly after it was seized by the Union Army near end of the Peninsular Campaign during the American Civil War. Union Troops are shown marching up and down the main avenues. Above the view proper there are three smaller views, Henrico County Jail, the Capitol, and the Rebel Prisons on Main Street.