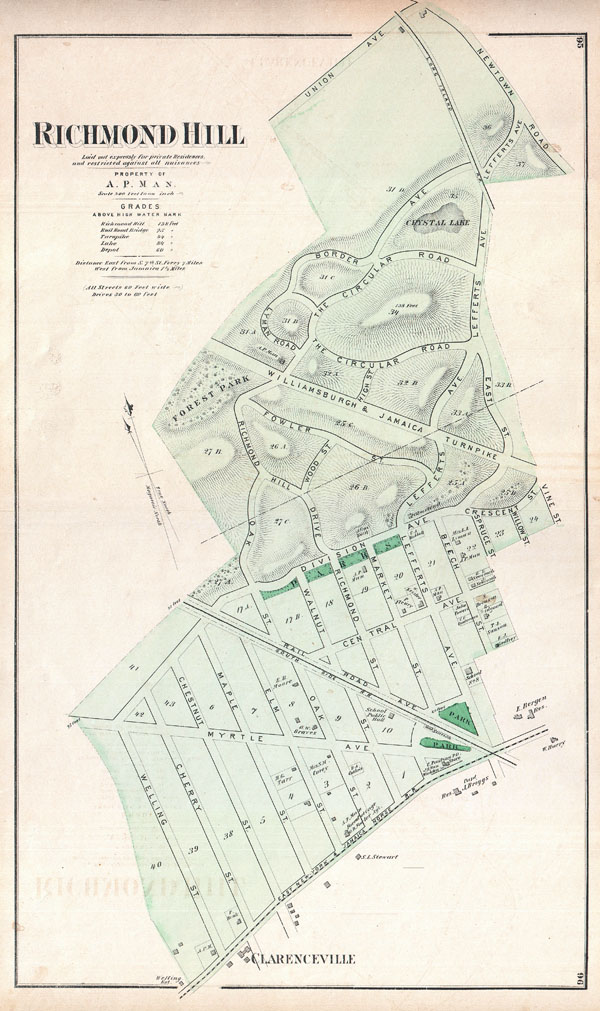 A scarce example of Fredrick W. Beers' map of the town of Richmond, Queens, New York. Published in 1873. Covers roughly from Clarenceville north to Newtown Road. Detailed to the level of individual buildings and properties with land owners noted. Richmond Hill was the vision Albon P. Man, a successfully banker who bought the Lefferts and Welling farms in 1868. Albon envisioned an elegant planned community and the architect and landscape designer Edward Richmond to design it. Richmond Hill became one of the first planned residential communities in Long Island. This is probably the finest atlas map of the town of Richmond Hill, Queens, to appear in the 19th century. Prepared by Beers, Comstock & Cline out of their office at 36 Vesey Street, New York City, for inclusion in the first published atlas of Long Island, the 1873 issue of Atlas of Long Island, New York.

New York Public Library, Map Division, 1527298.
Looking for a high-resolution scan of this?