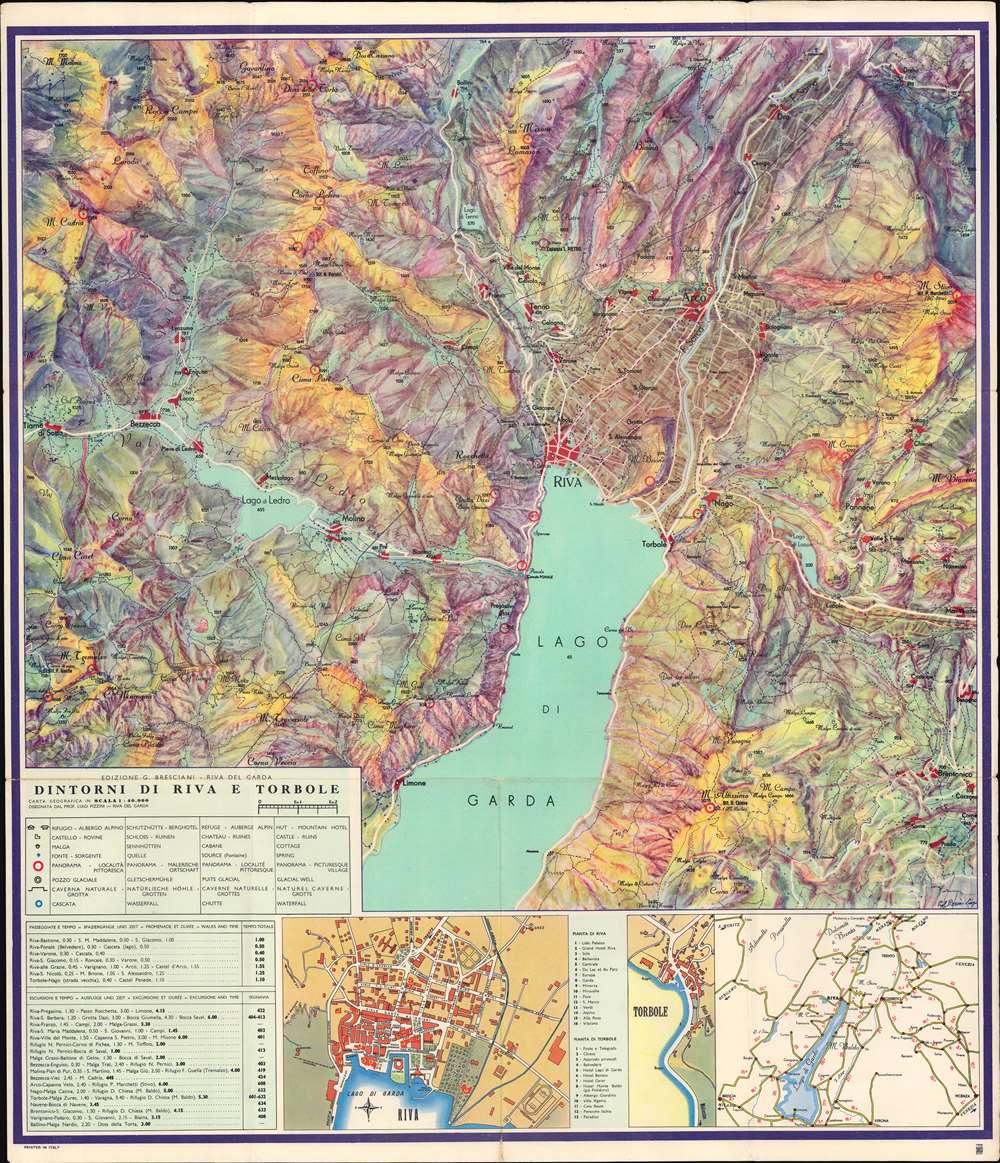 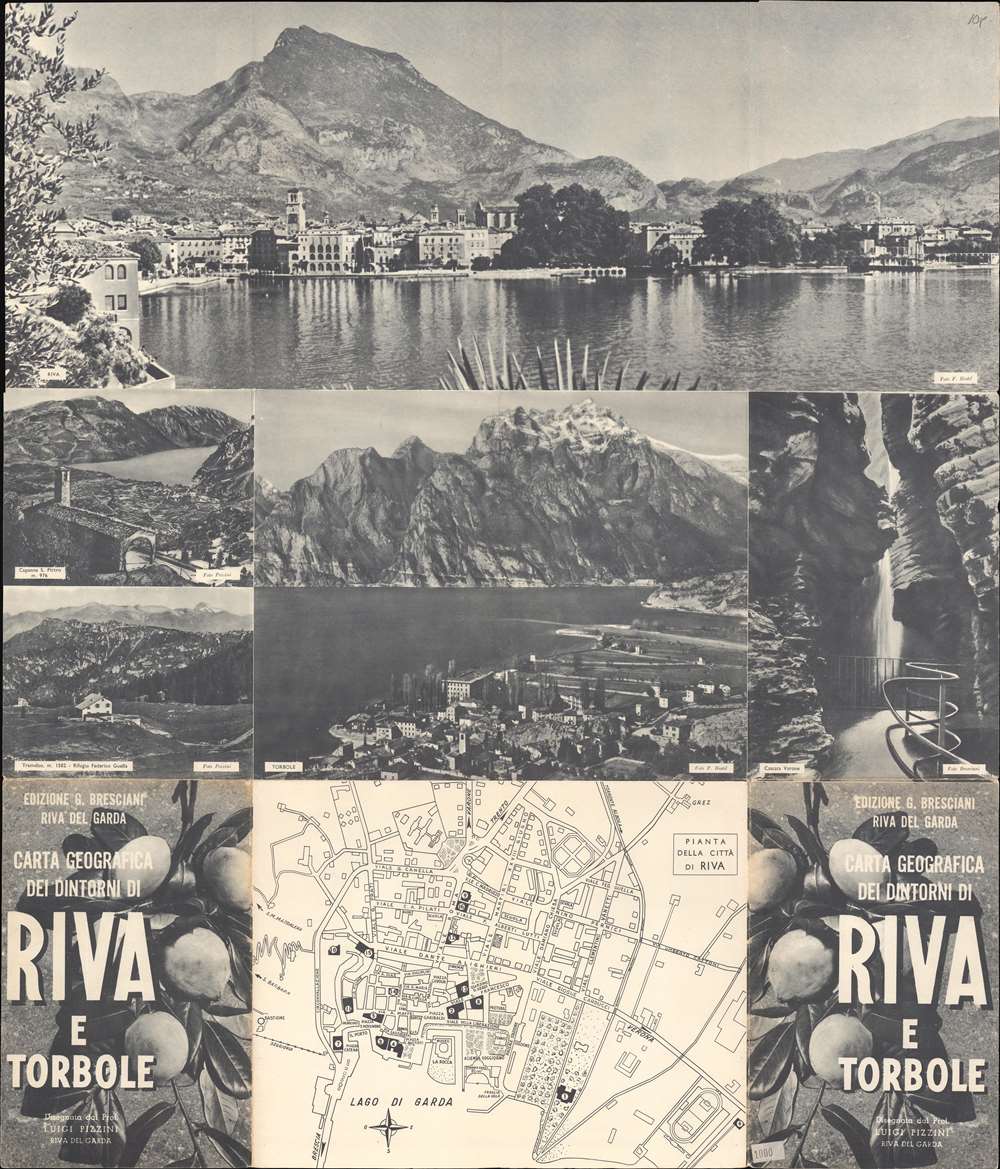 A striking c. 1956 rainbow-hued map of Riva del Garda, the Lago di Garda, and vicinity, Trento, Italy drawn by the master landscape painter Luigi Pizzini. Coverage centers on the city of Riva and the northern third of Lago di Garda, extending from Tirano de Sotto to Nomesino, and from Drena to Limone. Insets along the border illustrate Riva, Torbole, and the greater Lago di Garda region. Today, as in ancient times, Garda is a popular resort lake, attracting elites from across Europe.

This map as published around 1956 by G. Bresciani and drawn by Luigi Pizzini, both of Riva del Garda. It was printed by SAIGA, Genoa.

Luigi Pizzini (1884 - 1977), known as 'Il Pittore', was an Italian landscape and portrait painter active in Riva del Garda, Italy, during the middle part of the 20th century. Most of his work focuses on Trento and Riva del Garda. Much of it is preserved in Il Museo di Riva del Garda. Pizzini trained in art at Milan's Accademia di Brera and was one of the founders of the School Burano. Living in Riva, he taught art at local schools and created an art group known as the Amici della Arte Riva. Learn More...


Giuseppe Bresciani (May 16, 1886 - 1955) was an Italian publisher living in Garda del Riva, Trento, Italy. Bresciani was initially trained as a Barber under his father of the same name. He an Italian nationalist, participating in the resistance against Austro-Hungarian hegemony during World War I (1914 - 1918) - eventually being taken prisoner by the Russian army. He developed a passion for the drama, music, and philately. It is not clear when he began publishing as 'G. Bresciani', but he issued a large corpus of work, generally maps, guides, and postcards relating to the Lago del Garda region. The firm continued in the Bresciani family after his death. Bresciani's journals, covering both World War I and World War II are a valuable reference for scholars. Learn More...