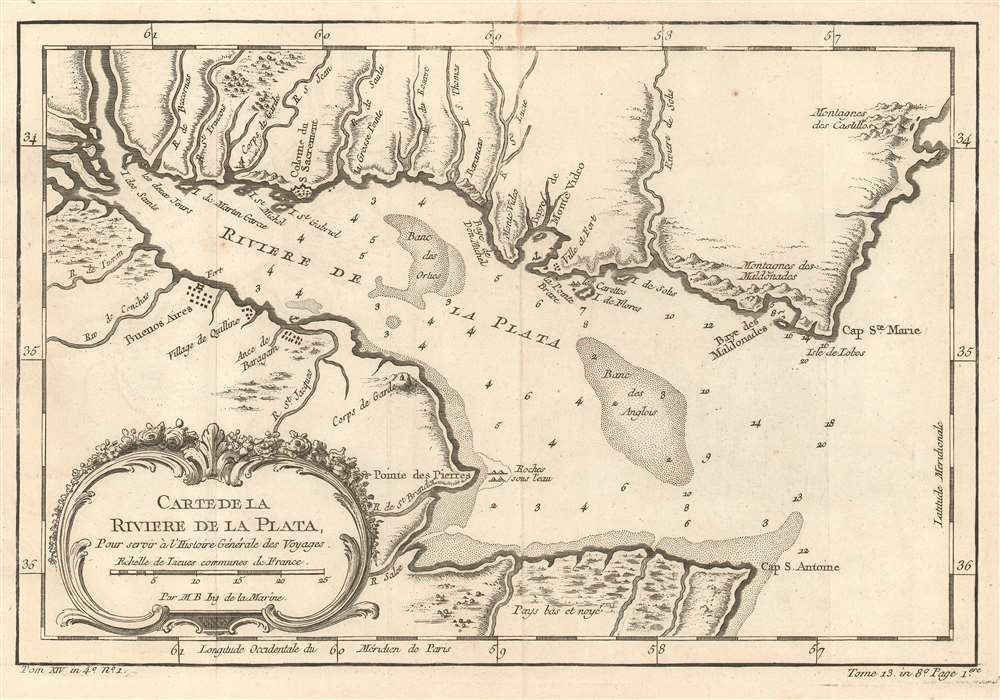 Labels both Buenos Aires and Montevideo.
$175.00

This is a 1757 Jacques-Nicolas Bellin map of the Canary Islands. The map depicts the Rio de la Plata as it empties into the Atlantic Ocean, with modern-day Uruguay on the top and Argentina on the bottom. Today, the Rio de la Plata forms part of the border between Argentina and Uruguay, with both Buenos Aires and Montevideo situated along its banks. Both Buenos Aires (Buenos Ayres) and Montevideo are labeled here, along with the Baye van Montvidio, which is noted as a safe harbor. Small villages and other settlements are also labeled. Numerous smaller rivers are illustrated emptying into the Rio de la Plata from both banks and many of them are identified. Depth soundings are included along both banks and within the Rio de la Plata, along with two banks.