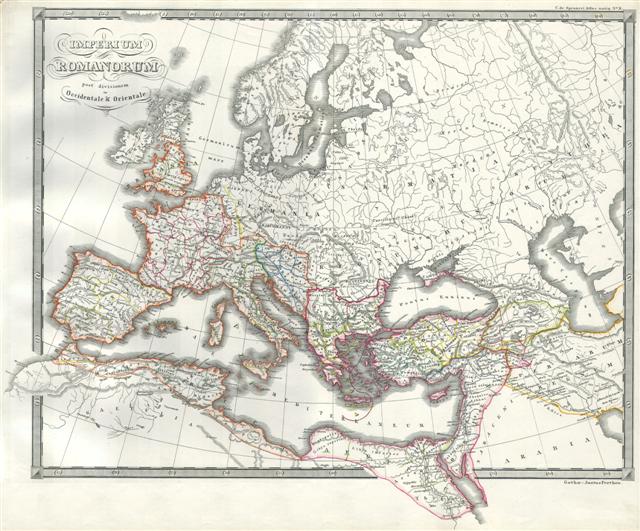 This magnificent hand colored 1850 map by Spruneri represents the Roman Empire after its division by Constantine into Eastern and Western Empires in 330A.D. A beautiful and highly detailed map of this historically region and period. Truly one of the finest mid 19th century European maps we've seen. All text is in Latin.

Plate Marks visible. Nothing on verso. Fine condition without foxing, tears, or age toning.
Looking for a high-resolution scan of this?