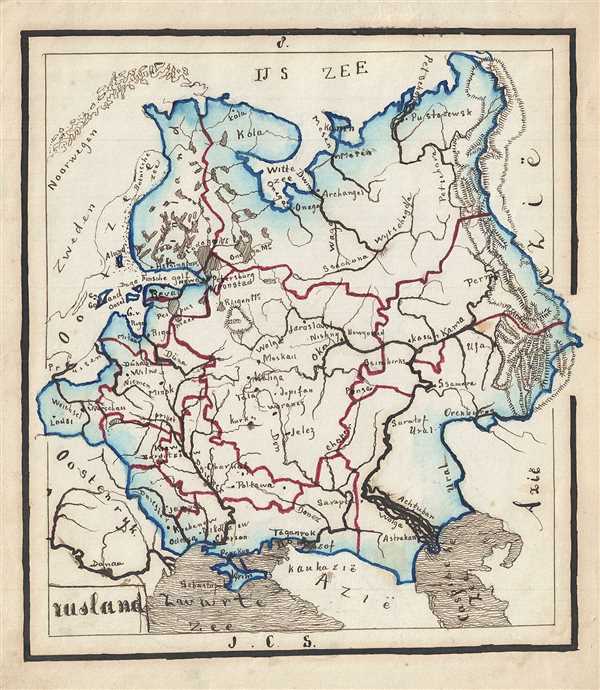 This is a lovely 1871 manuscript map of European Russia by J. C. Sikkel. The hand-drawn map covers Russia at the time when it was under the suzerainty if Tzar Alexander II and extends from the Baltic Sea east to the Ural Mountains and south as far as the Black Sea and the Caspian Sea. Includes Finland. Throughout, the map notes impressive topography and identifies cities, seas, islands, etc. Features wonderful and whimsical overall presentation. This map was drawn in 1871 by J.C. Sikkel as part of Der Atlas Geheele Aarde.