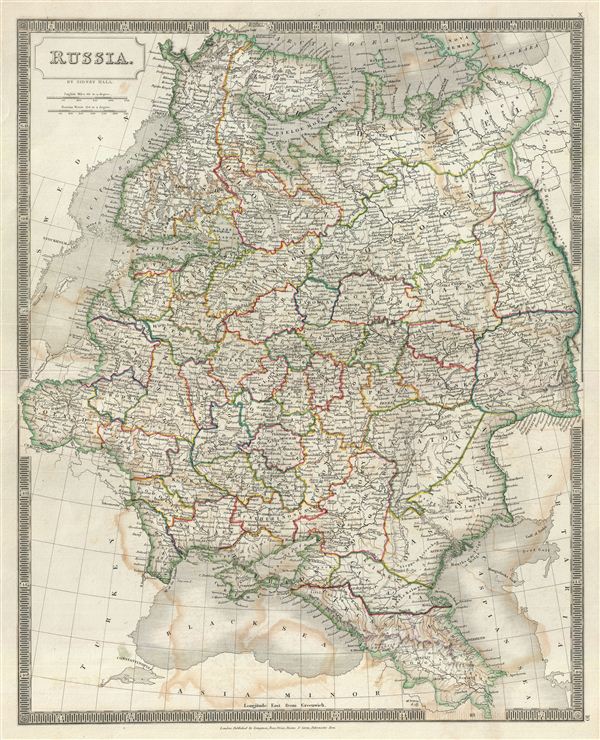 This is a beautiful map of Russia from Sidney Hall's extremely scarce 1835 New General Atlas. It covers the European part of Russia from Poland to the Ural Mountains and from the Arctic Ocean to Circassia. It includes in whole or part of the modern day nations of Russia, Ukraine, Moldova, Finland, Latvia, Lithuania and Estonia. Poland is also included, as it was divided and its constituent parts were absorbed into Russia, Prussia, and Austria following the Napoleonic Wars. Towns, rivers, mountains, important battle sites, and various other important topographical details are noted. Elevation throughout is rendered by hachure and political and territorial boundaries are outlined in color.