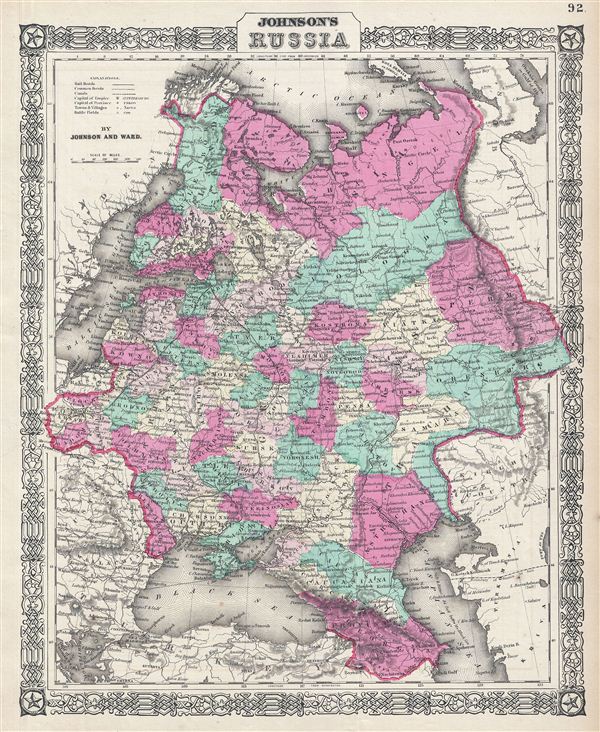 A beautiful example of Johnson and Ward's 1865 map of Russia. Depicts the european portions of Russia from the Arctic Sea south to the Black Sea and Caspian Sea. extends west as far as Warsaw and east as far as Orenburg and Perm. Includes the Ukraine. Features the fretwork style border common to Johnson's atlas work from 1864 to 1869. One of the more attractive American atlas maps of Russia to appear in the mid-19th century. Published by A. J. Johnson and Ward as plate number 92 in the 1865 edition of Johnson's New Illustrated Family Atlas. This is the first edition of the Johnson Atlas to be attributed to Johnson exclusively.