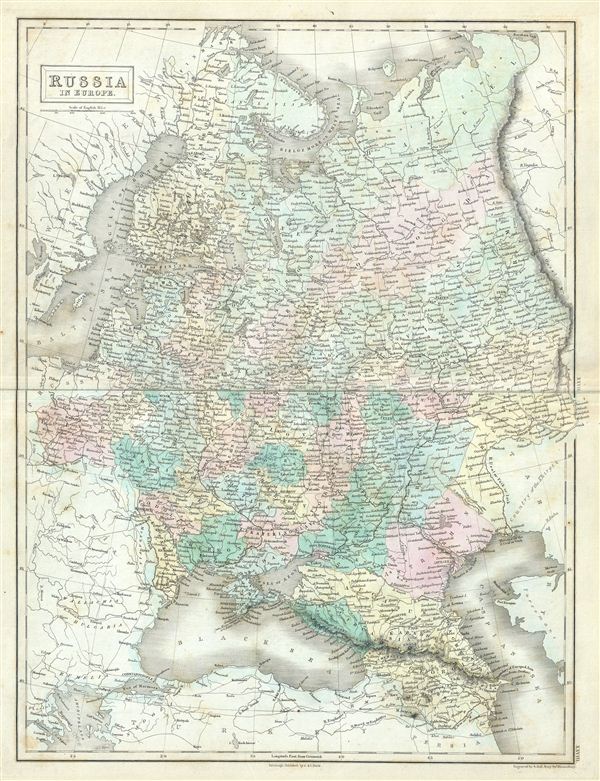 This is a fine example of Adam and Charles Black's 1851 map of european Russia. The map depicts the european portions of Russia from the Arctic Sea south to the Black Sea and Caspian Sea, and extending west as far as Poland and east as far as Orenburg and Perm, inclusive of the Ukraine. Russia at this time was under the suzerainty of Tzar Alexander the II. Alexander is best known for his liberal reforms including the emancipation Reform of 1861 which liberated Russia's countless serfs and is considered to be the most important event in 19th century Russian history. Various towns, rivers, cities, mountains and several other topographical details are noted with relief shown by hachure. This map was engraved by Sidney Hall and issued as plate nos. XXVII and XXVIII in the 1851 edition of Black's General Atlas of the World.