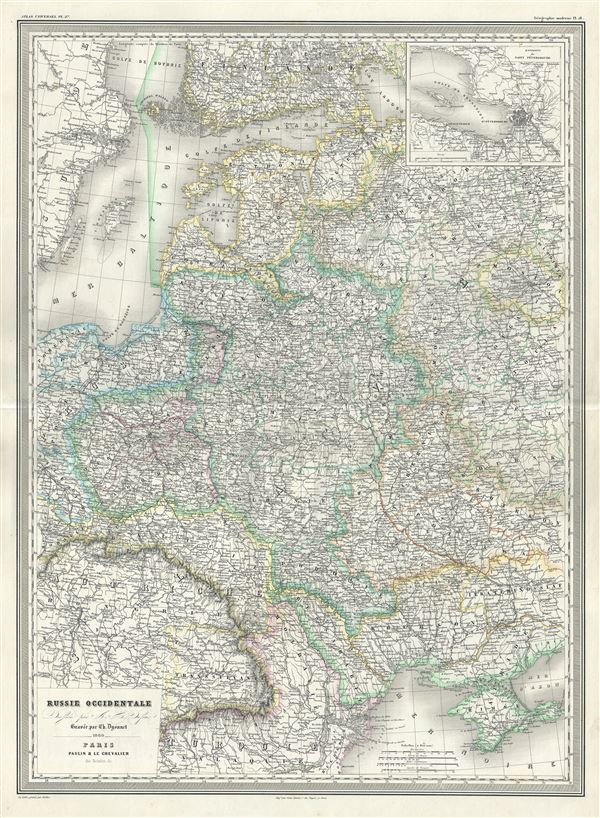 This is a scarce large format 1860 elephant folio map of the western or European portions of Russia by A. H. Dufour. It extends from Poland east as far as the Sea of Azov and from the Gulf of Bothnia south to the Black Sea. The modern day nations of Ukraine, Belarus, Moldova, Poland, Lithuania, Latvia and Estonia as well as parts of Russia are included. An inset in the top right quadrant details the environs of St. Petersburg.