1852 Meyer Map of Russia in Asia or Siberia 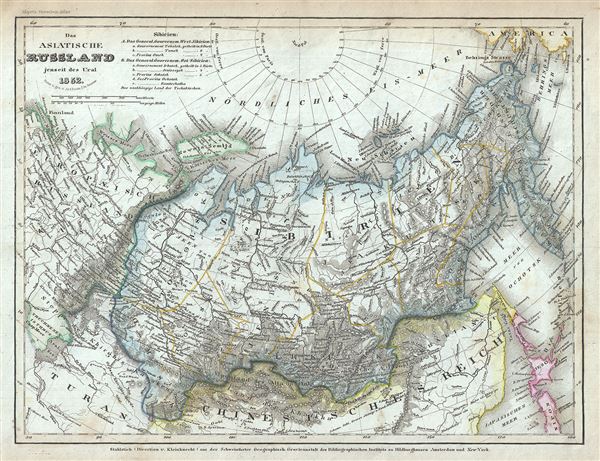 1852 Meyer Map of Russia in Asia or Siberia

This is an attractive 1952 map of Russia in Asia by Joseph Meyer. It covers the Russian Empire in Asia east from the Ural Mountains as far as Kamchatka and Alaska, including parts of the Chinese Empire and European Russia. Throughout, the map identifies cities, towns, rivers and assortment of additional topographical details.

Very good. Minor overall toning and spotting.
Looking for a high-resolution scan of this?