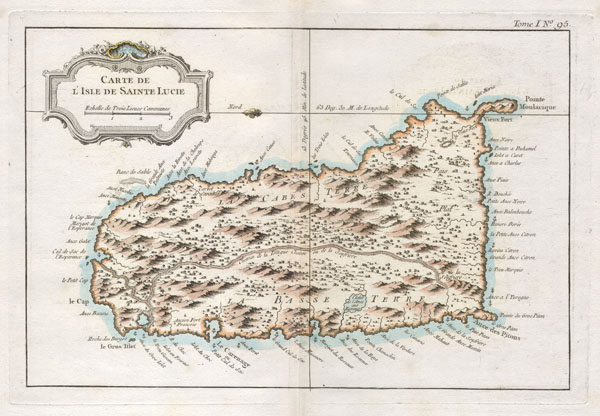 This beautiful little map depicts the Caribbean island of St. Lucia or St. Lucie. Shows the island in some deatial with references to its many towns, forts, and ports. Decorative title cartouche. This map was published in 1764 for Bellin's Le Petit Atlas Maritime.