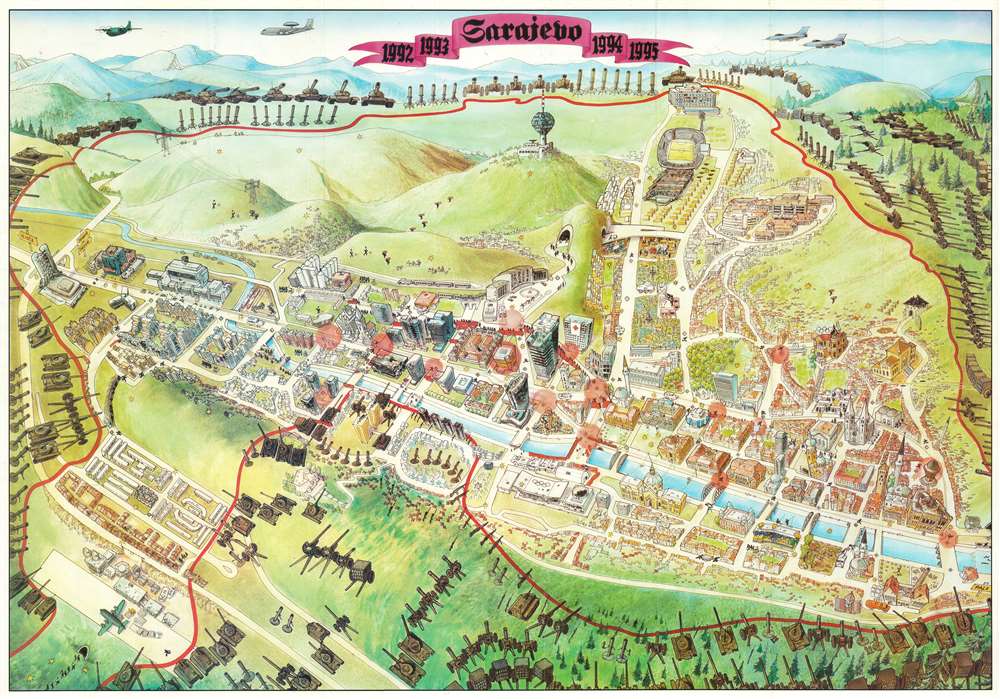 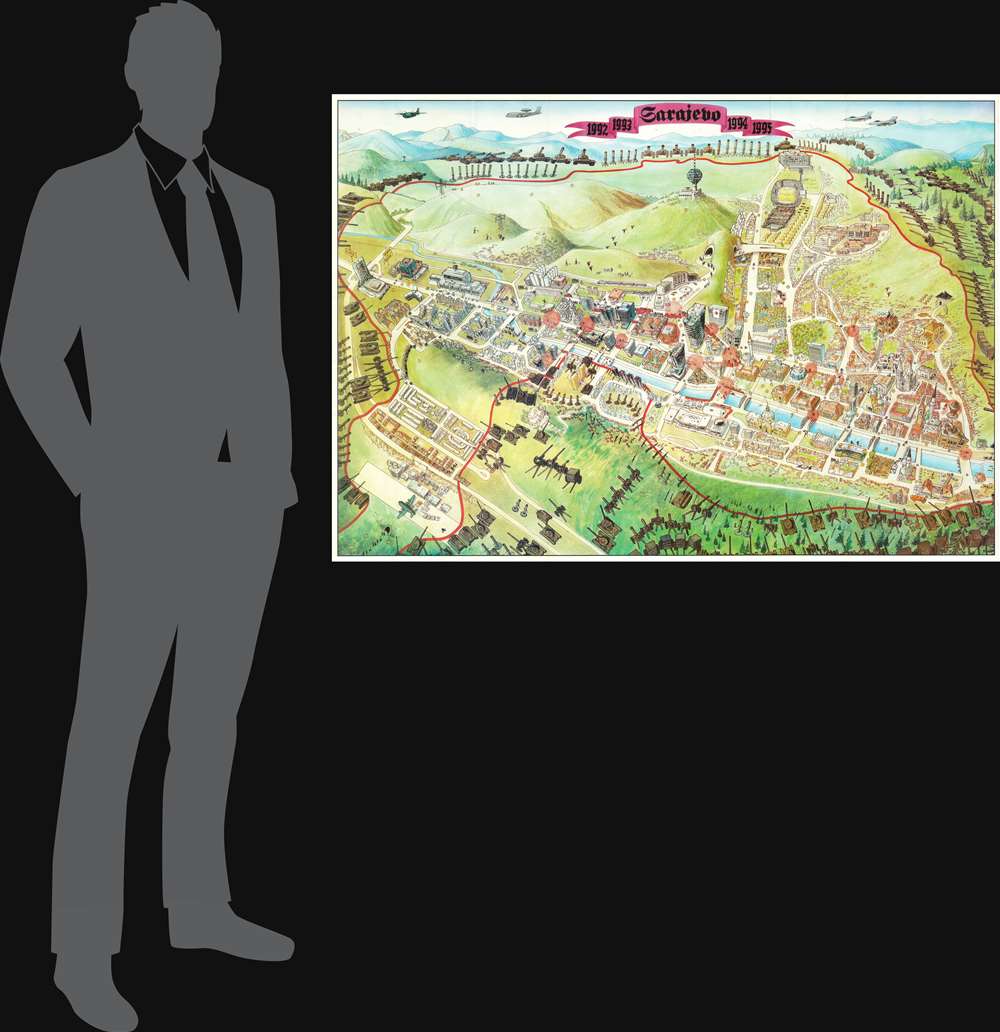 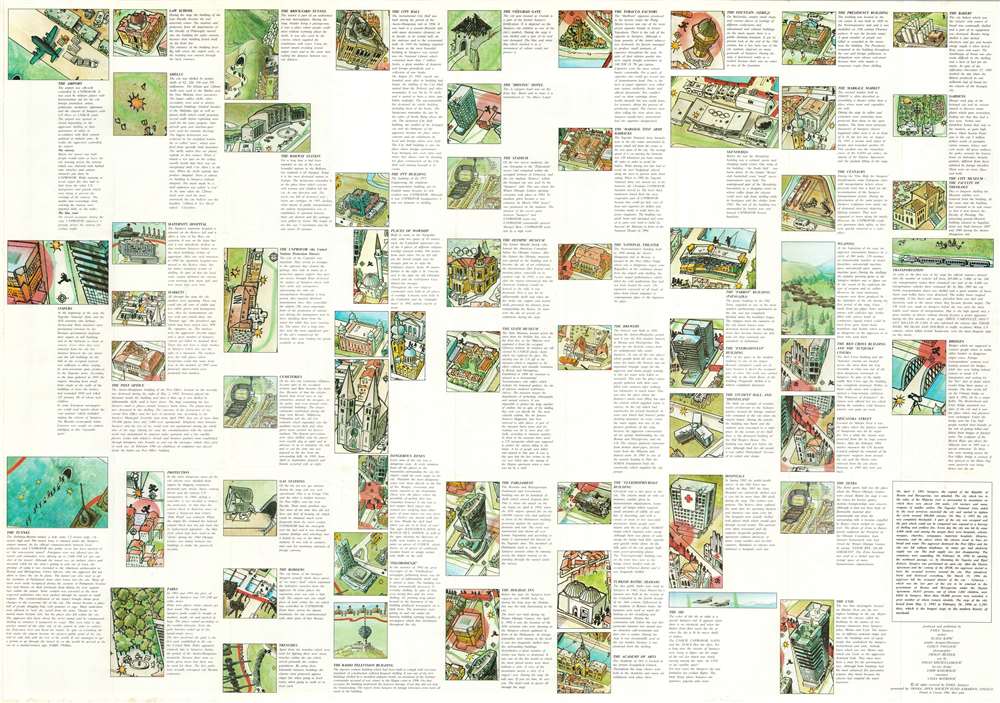 The internationally celebrated 'Sarajevo Survival Map', this is a 1996 FAMA pictorial map of Sarajevo, Bosnia and Herzegovina, illustrating the Siege of Sarajevo. The map depicts Sarajevo, resting in the valley of the Miljacka River. On the high ground surrounding the city, tanks, howitzers, and other artillery threaten the city and its inhabitants. The Siege of Sarajevo lasted from April 5, 1992 through February 29, 1996, a total of 1,425 days, making it the longest siege of a capital city in the history of modern warfare.

Acting as a visual reference to life under siege, sites such as 'Sniper Alley' (the main boulevard in Sarajevo known for its sniper nests), the Dobrinja-Butmir Tunnel (used to get members of the army and parliamentary officials in an out of the city - the U.S. Ambassador to Bosnia-Herzegovina Viktor Jaković also used it), and several buildings used by the UNPROFOR (United Nations Protection Forces) are illustrated. Hospitals, museums, the brewery, and other buildings are also referenced. Sniper crosshairs dot the map, underscoring the ominous and deadly reality of life in Sarajevo. Large red dots identify 'kill zones'.

The siege began shortly after Bosnia and Herzegovina voted by referendum to declare independence from Yugoslavia. Bosnian Serbs, with the goal of creating a Bosnian Serb state, the Republika Srpska, encircled Sarajevo, stationing troops on the surrounding hills. Even though the Bosnian government defense forces in Sarajevo outnumbered the besieging Serbians by more than three to one, a lack of firepower rendered them inert. The besieging force bombarded the city daily and snipers were sent to clandestinely terrorize citizens. NATO did not intervene until February 1994, and it was not until February 1996 that the Bosnian government declared an end to the siege, following the end of the Bosnian War and the implementation of the Dayton Accords. 13,952 people, both military and civilian, lost their lives.

This map was created by Suada Kapić, illustrated by Ozren Pavlovic, and published by FAMA in Sarajevo in 1996. Two examples of the map appear in institutional collections in the OCLC, both located in Slovenia. FAMA also published a collection of documents that include this map. The collection is held at the National Endowment for Democracy, the University of Michigan, Stanford, and the University of California Berkeley. The map is extremely rare on the private market. We have seen just one other example.