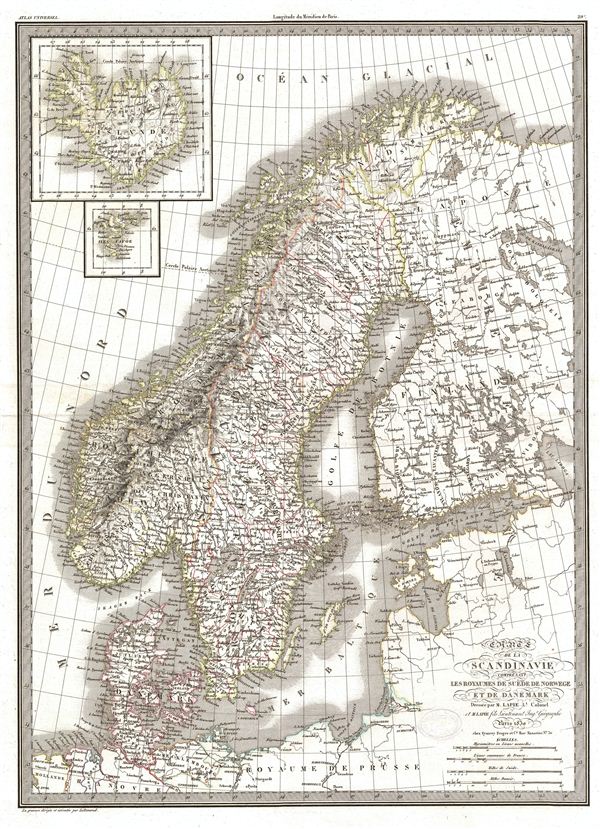 A fine first edition example of M. Lapie's 1830 map of Scandinavia. Centered on the Kingdom of Sweden, this map covers all of Scandinavia, from the Arctic Ocean to Denmark and from Norway to Finland. Two inset maps in the upper right detail Iceland and the Faroe Islands, respectively. Lapie's map offers fine detail throughout with elevation rendered by hachure and political boundaries demarcated with outline hand color. At this time in history Scandinavia was in the midst of a prolonged period of peace and prosperity that led to a cultural and population boom. This map was engraved by Armand Joseph Lallemand as plate no. 29 in the first edition of M. Lapie's important Atlas Universel. This map, like all maps from the Atlas Universel features an embossed stamp from the Lapie firm.