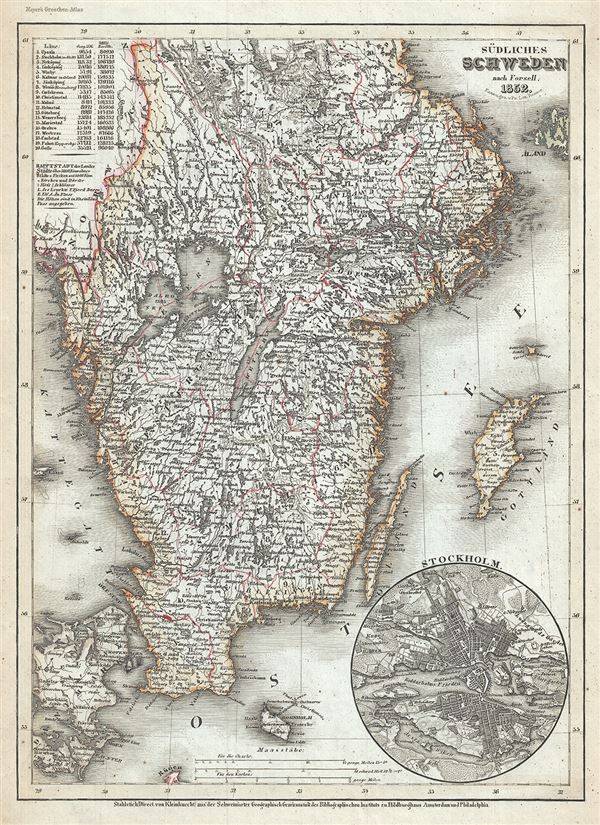 This is a scarce 1852 map of Sweden by Joseph Meyer. It covers the southern part of Sweden from Lake Siljan south to the Baltic Sea and west as far as Norway. It includes the islands of Gotland, Oland and Ronne. An inset in the bottom right quadrant features the city of Stockholm. The map is extraordinarily detailed and notes numerous cities, towns, islands and various other topographical features.

At this time in history, Sweden was in the midst of a prolonged period of peace that led to a cultural and population boom. The economy however could not keep up with the increase in population and much of Sweden's population immigrated to the United States between 1850 and 1910.