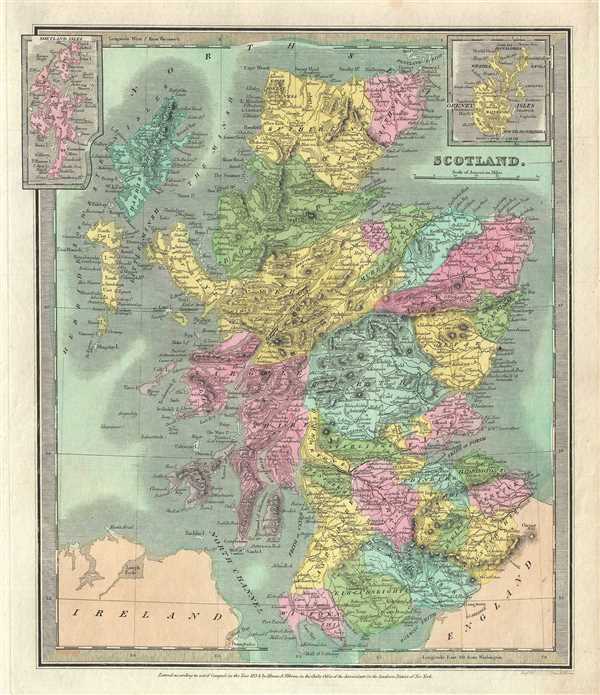 An attractive 1834 first edition map of Scotland by David H. Burr. It covers Scotland from the Orkney islands to Wigtown in the south inclusive of the Hebrides. Towns, rivers, mountains, railroads, roads and various other important topographical details are noted. Elevation throughout is rendered by hachure and political and territorial boundaries are color-coded. Two insets are included, depicting the Shetland Islands and the Orkney Islands in the top left and right quadrants respectively. This map was issued in the midst of Scotland's Industrial Revolution, in which it emerged as a regional center for engineering and shipbuilding.