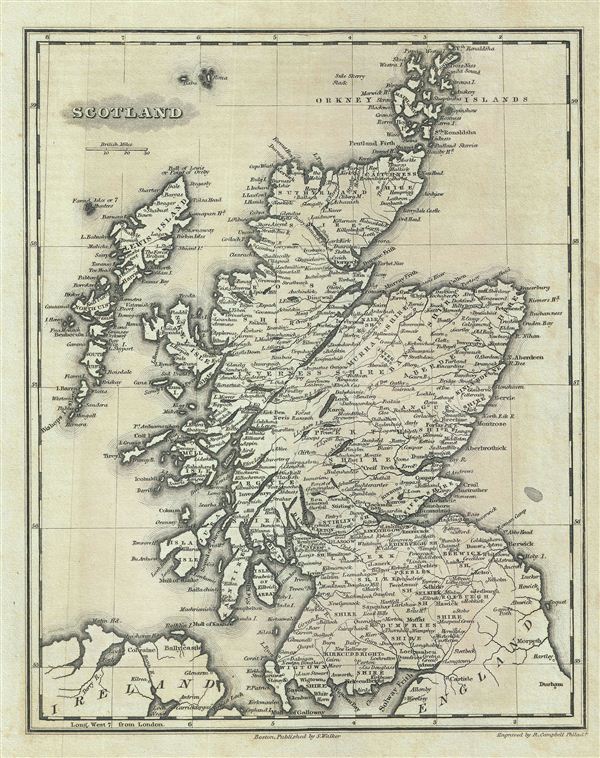 This is an attractive example of the 1828 Malte-Brun map of Scotland. The map covers Scotland from the Orkney Islands to Wigtown in the South inclusive of the Hebrides. The map marks the site of Antonine's Wall, fortifications built by the Roman empire to defend against the unruly tribes to the north, but it is not specifically named. The location of what might be a historical Roman Camp near St. Abbs (St. Abbs Head) is identified. Various, important rivers, islands, cities and other topographical details are noted. This map was published by Samuel Walker in 1828 as part of the American edition of Conrad Malte-Brun's System of Geography, Vol. I.