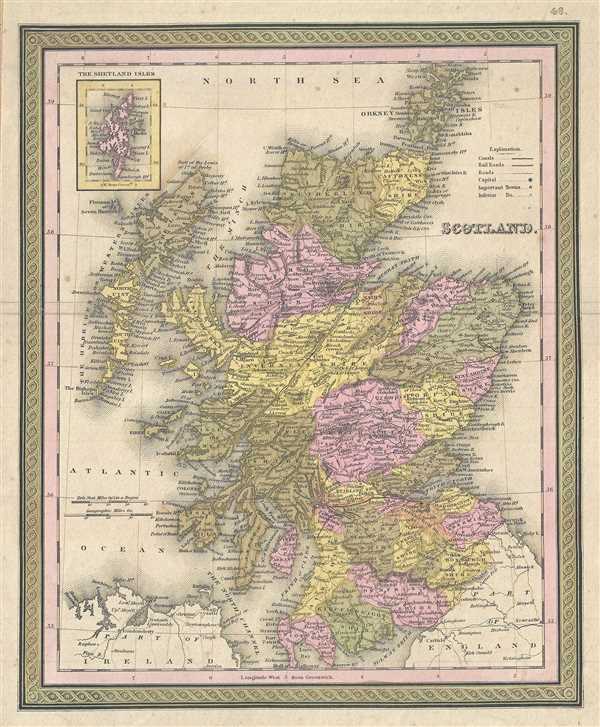 This is a fine example of and S. A. Mitchell's 1854 map of Scotland. It covers all of Scotland from the Orkney Islands to Wigton. An inset in the upper left quadrant depicts the Shetland Isles. Political and topographical features are noted and color coded with elevation rendered by hachure.