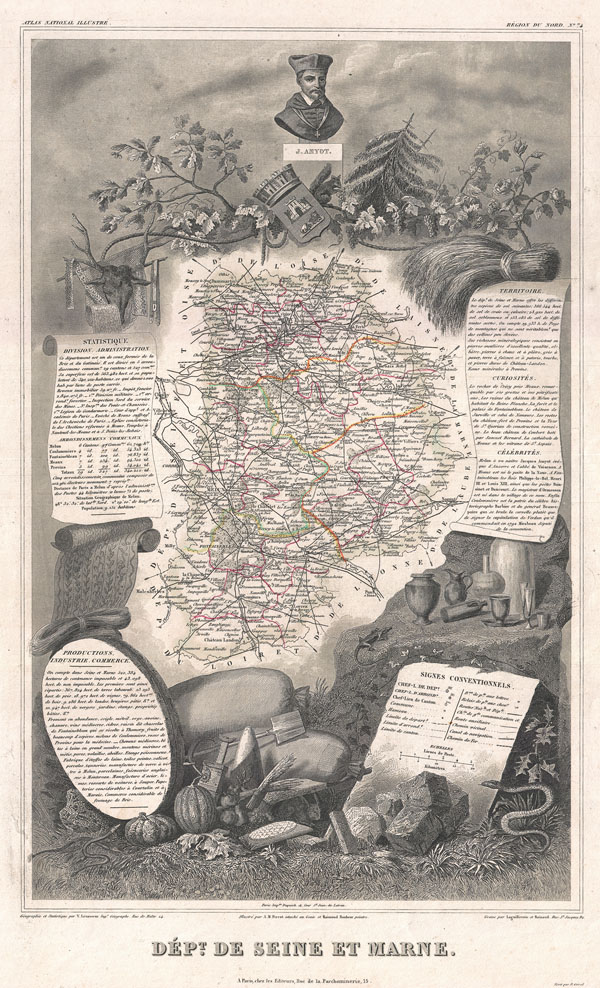 This is a fascinating 1852 map of the French department of Seine Et Marne, France. This region produces a wide variety of wines and hosts an annual wine and cheese fair. This area is known for its production of a brie-style cheese called 'Fromage de Meaux.' Over 25 liters of milk are used produce just one wheel of this raw-milk cheese. When ripe, its rind breaks at the slightest touch, allowing the beautiful, hay-colored, almost liquid paste to ooze out. The map proper is surrounded by elaborate decorative engravings designed to illustrate both the natural beauty and trade richness of the land. There is a short textual history of the regions depicted on both the left and right sides of the map. Published by V. Levasseur in the 1852 edition of his Atlas National de la France Illustree.