1750 Bellin Map of the Senegal 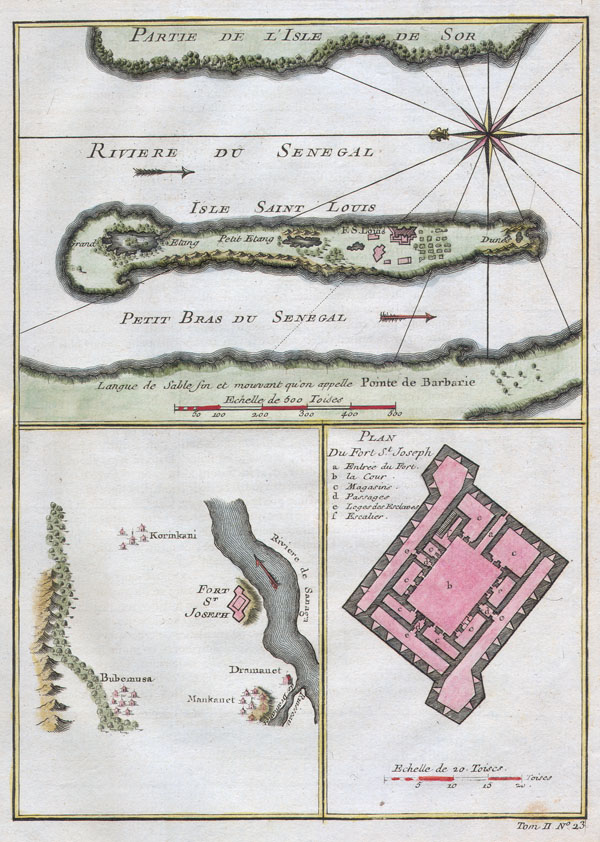 1750 Bellin Map of the Senegal

This stunning 1747 nautical chart by French mapmaker J. C. Bellin, the Elder depicts the Senegal River and the area surrounding Fort St. Joseph & Fort St. Louis. This region was part of the Senegambia & the Company of the Indies Senegal Concession. It was from this port that the French company shipped hundreds of African slaves to its colonies in Louisiana. Today the Senegal River forms the important border between Senegal and Mauritania. This beautiful map depicts individual buildings, trees, and even tiny villages. There is a detailed plan of Fort St. Joseph..