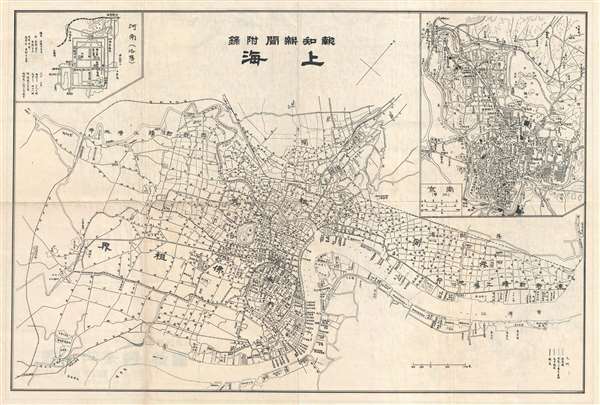 This Showa 7 or June of 1932 map depicts the city of Shanghai, China. This map was issued as a supplement to Hōchi Shinbun (報知新聞) on the 11th of February, 1932. The first 'Shanghai Incident' between the Japanese and Chinese forces having begun on days before on the 28th of January. The Shanghai map includes a map of Nanjing on the upper right corner and a map of Luoyang on the upper left corner. On the verso, there is a map of the lower Yangtze region.