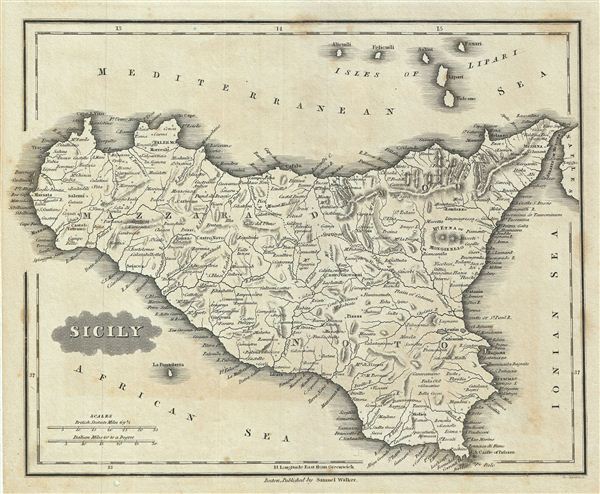 This is an attractive example of the 1828 Malte-Brun map of Sicily. Malte-Brun's map covers the entire island of Sicily as well as the nearby Isles of Lipari (Aeolian Islands), part of the volcanic archipelago. Mount etna or Mongirello, one of the world's most active volcanoes is identified in the northeastern part of the island. Various, important rivers, islands, cities and other topographical details are noted. This map was published by Samuel Walker in 1828 as part of the American edition of Conrad Malte-Brun's System of Geography, Vol. I.