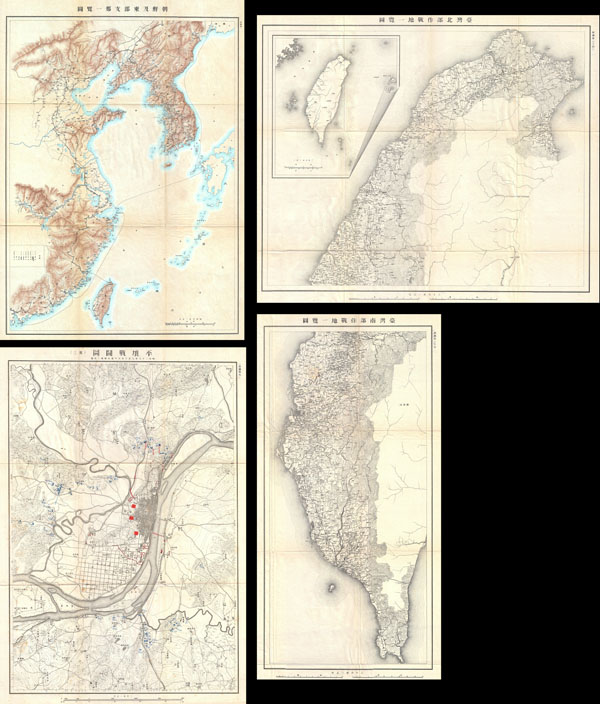 This is a rarely seen Japanese atlas created in the early 1900s to illustrate the first Sino-Japanese War. The First Sino-Japanese War (1 August 1894 – 17 April 1895) was fought between Qing Dynasty China and Meiji Japan over the control of Korea and Taiwan (Formosa). This rarely seen atlas contains 25 maps illustrating various parts of Korea, Shandong and Taiwan. Maps are highly detailed offering both political and topographical information. These maps describe many of the War's most important battles and battlefields. Only for of these maps are detailed above, these are (1) Korea & East Asia, (11) Pyongyang, (24) Taiwan North, and (25) Taiwan South. The complete map list includes:

Maps vary in size but most are quite large and all fold into their original gray linen binder. All text in Japanese.

Very good condition. Some maps exhibit mild toning along original fold lines. Else clean. All maps fold into original linen binder.
Looking for a high-resolution scan of this?