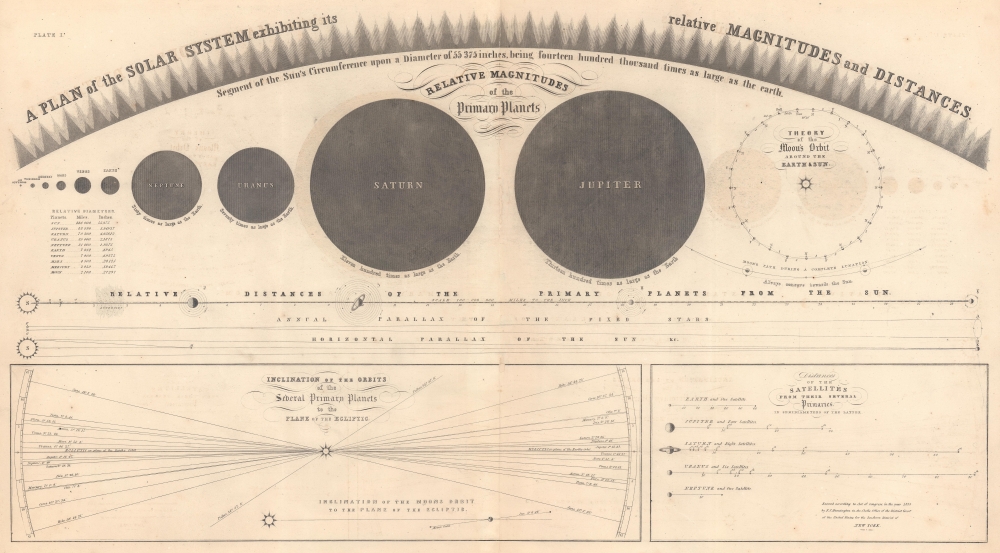 The relative size and distance of the planets in the Solar System.
$200.00

This is an 1856 Elijah Burritt celestial chart of the Solar System. The central chart illustrates the relative magnitude of the planets, providing an understanding of the size of the primary planets in relation to one another, with sizes relative to the Earth provided as well. The arc of large and small triangles illustrates a part of the Sun on the same scale as the other planets! A chart below illustrates the primary planets' relative size and distances from the Sun. Two sub charts occupy the bottom third of the sheet and detail the orbital inclination of several primary planets to the plane of the Ecliptic and the distances of the satellites from their several primaries.

This chart was drawn by Elijah Burritt and published as plate no. I in the Francis J. Huntington's 1856 edition of Atlas, Designed to Illustrate Burritt's Geography of the Heavens. The separate chart is not cataloged in OCLC, however the entire atlas is well represented institutionally.