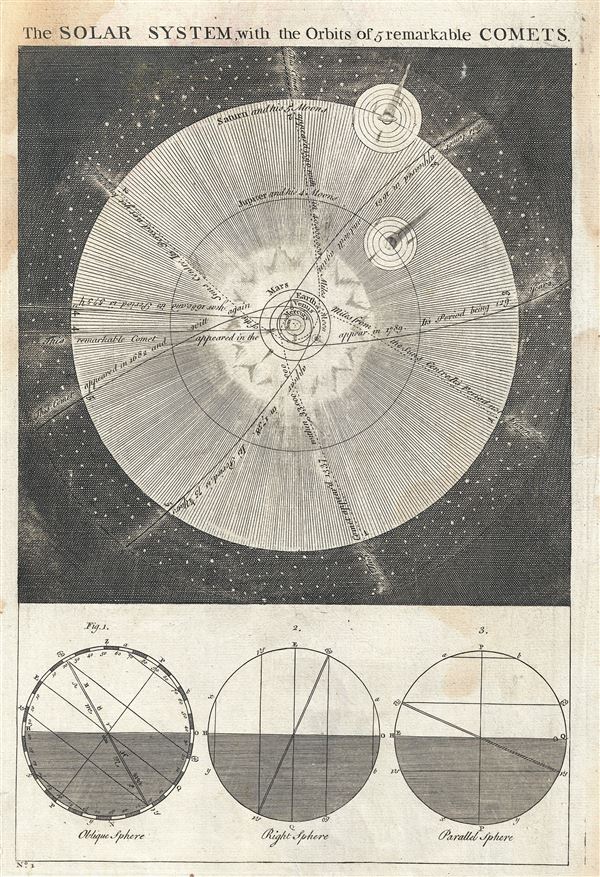 An unusual solar system and comet map issued by Emanuel Bowen in 1747. The map shows the solar system with each planet given a circular orbit. The real highlight of the map is Bowen's identification of, in his words, '5 remarkable comets.' He does not name any of the comets, but does give dates and orbital periods, as then known:This chart was produced by Emanuel Bowen for issue as plate no. 1 in the 1747 first edition of his Complete System of Geography.