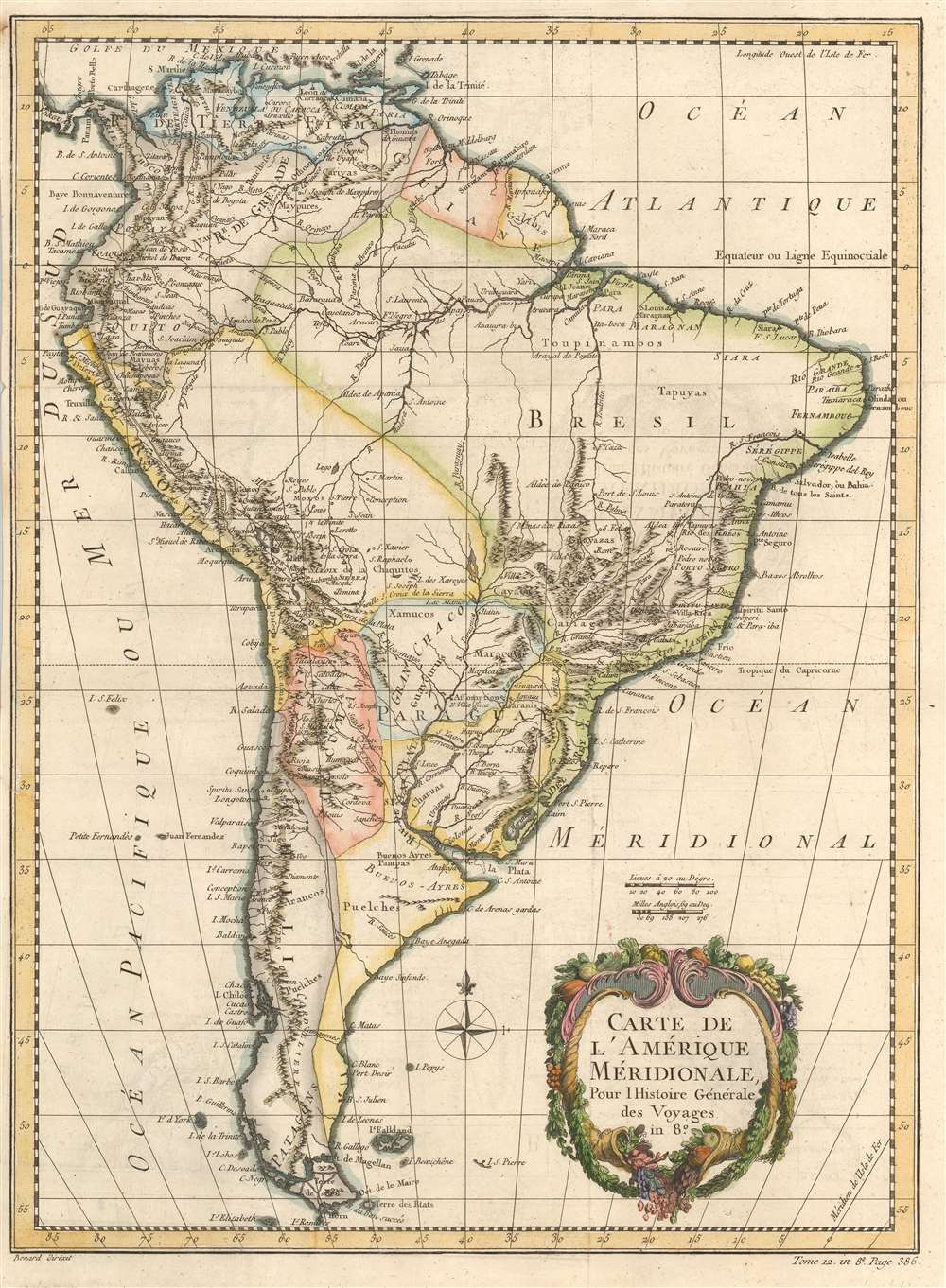 A wonderful map of South America.

This is a 1780 Jacques-Nicolas Bellin map of South America. Concentrations of detail, particularly along the west coast in Peru, Chile, and throughout northern South America, indicate where most of the era's interest and knowledge was concentrated. Most of Brazil, however, is a blank wasteland occupied by the Amazon rainforest. The Amazon River, on the other hand, and its tributaries, appear in surprising detail. Fort Negro, modern-day Manaus, is labeled near the confluence of the Negro and Solomoes rivers, where it was founded in 1669. Other major cities throughout the continent are identified as well, including Buenos Aires, Montevideo, Cuzco, Cartagena, and Rio de Janeiro. The Rio de la Plata, the Paraguay River, and their tributaries occupy a large portion of south-central South America and include the mythical Laguna de Xarayes.

Originally created for of Abbé Prévost's Histoire Générale des Voyages by Jacques-Nicolas Bellin, this map was published by Jean François de La Harpe's in his Abrégé de l'Histoire Générale des Voyages in 1780. It appears that no examples of this map are cataloged in OCLC, although inconsistencies in cataloging practices mean that may not be the case. The works by Prévost and de la Harpe are well represented institutionally.

No 1780 edition cataloged in OCLC.
Looking for a high-resolution scan of this?