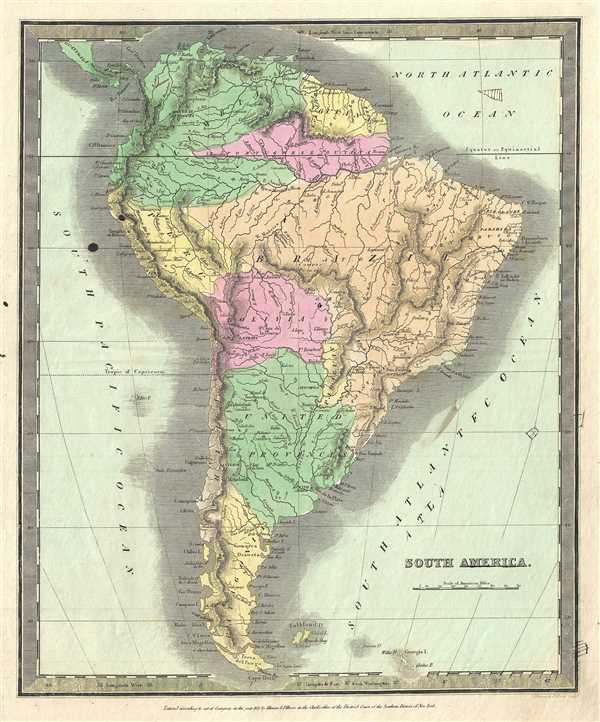 This is a good example of David H. Burr’s 1833 first edition map of South America. It covers the entire continent from the Caribbean to Tierra del Fuego and from the Pacific to the Atlantic, including the Falkland Islands. It includes the modern day nations of Colombia, Venezuela, Ecuador, Uruguay, French Guiana, Guyana, Suriname, Brazil, Peru, Bolivia, Paraguay, Chile, Argentina, and the Falkland Islands. Ecuador, Venezuela, and Columbia are united under the ephemeral Grand Columbia. Bolivia's claims to the Atacama Desert and Peru's claims to the Tarapaca region - both of which are today part of Chile, are shown. Chili extends southward only to the border of Patagonia.