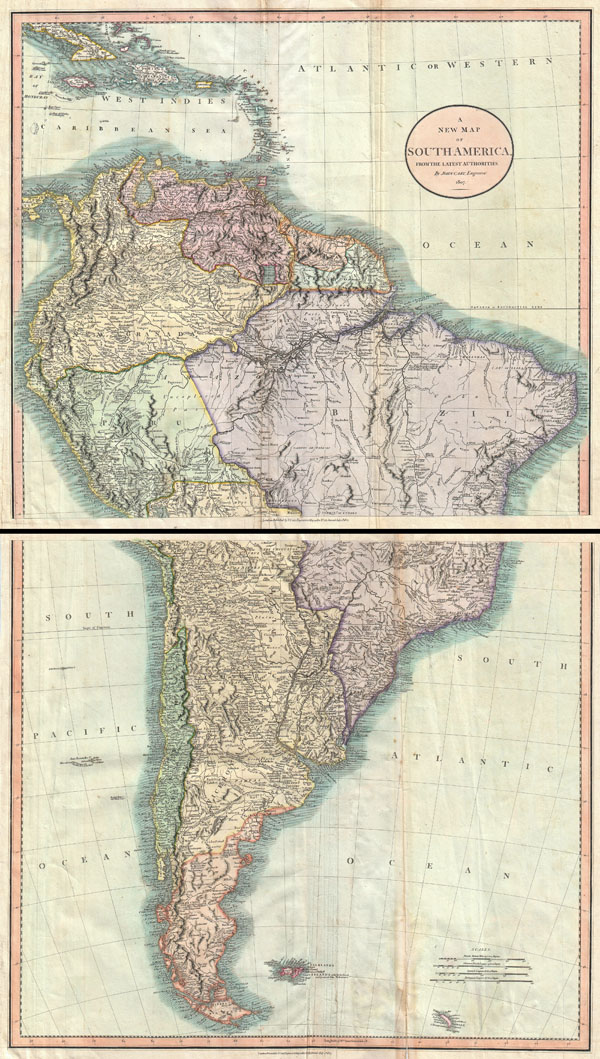 A fine example of John Cary's spectacular 1807 two sheet map of South America. Covers the entirety of South America on two sheets. The upper sheet details the region from Cuba southwards as far as Lake Titicaca and Porto Bello, Brazil. Includes the Windward Isles or the Lesser Antilles. The bottom sheet details from Porto Seguro, Brazil, southward as far as Patagonia and Tierra del Fuego. Includes the Falkland Islands and South Georgia Island. Both sheets offer stupendous detail of the interior with liberal reference to numerous indigenous tribal groups – especially in the Amazon. Color coded according to region. Both sheets could be combined to form a single gigantic wall map of South America at the buyer's discretion. All in all, one of the most interesting and attractive atlas maps South America to appear in first years of the 19th century. Prepared in 1807 by John Cary for issue in his magnificent 1808New Universal Atlas