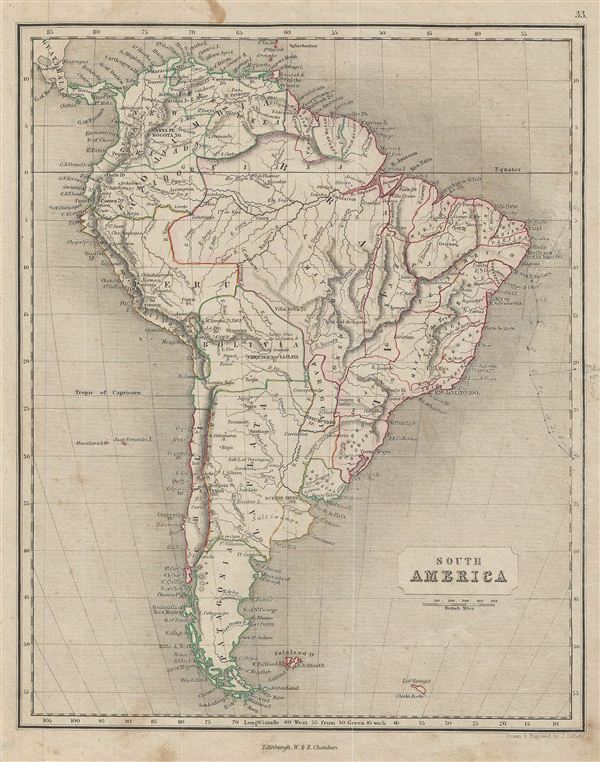 This is a fine example of the 1845 Chambers map of South America. It covers the entire continent from the Caribbean Sea to Tierra del Fuego and from the Pacific to the Atlantic Ocean including the Falkland Islands. Depicts the continent in impressive detail – especially the interior, which at the time was largely unknown.