1894 Beers Plan and Map of Southampton Town and Village 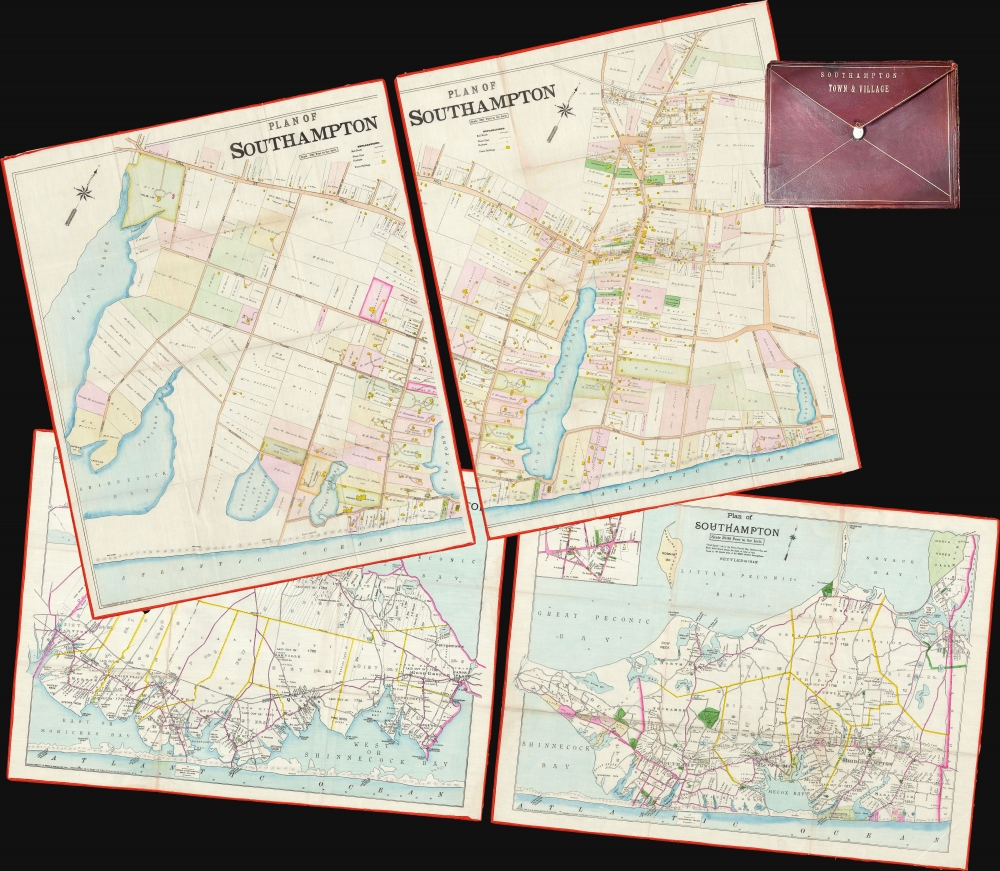 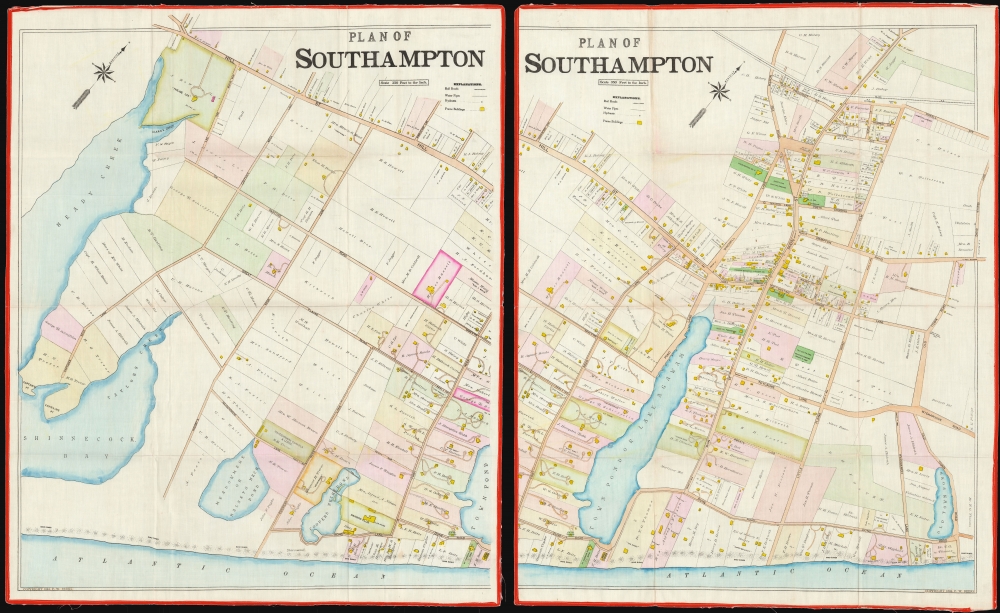 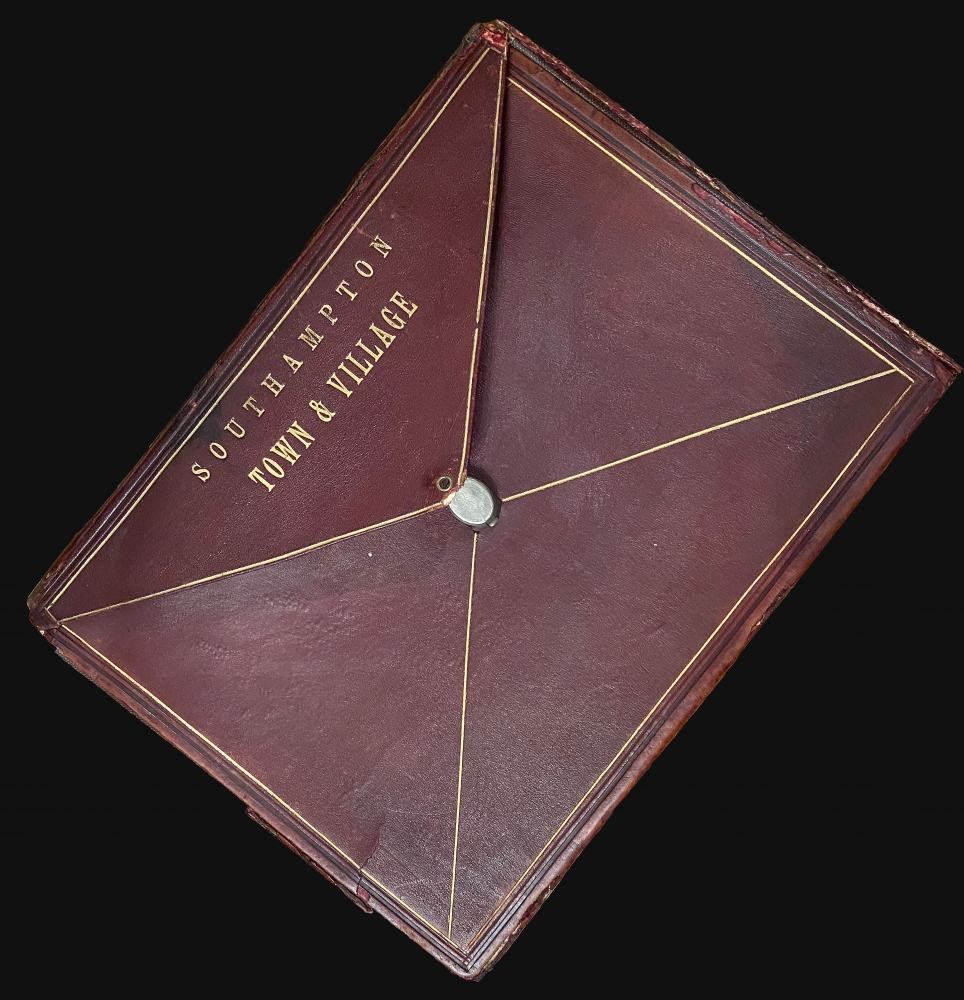 1894 Beers Plan and Map of Southampton Town and Village

This is a set of four folding maps of the Town and the Village of Southampton, New York - the heart of the Hamptons. They were printed in 1894 when the village of Southampton was formally incorporated. This is hands-down the finest and most detailed map of the Hamptons to appear in the 19th century - an essential document for real-estate deals, land management, and general administration. Taken together, these rare maps capture the major resort communities of Long Island's South Fork in vibrant color and sharp detail. Extending beyond property ownership, the maps include the locations and names of structures then existing.

Wealthy Retreat of the Gilded Age

The Long Island Railroad reached Southampton in 1871, transforming the sleepy village into a summertime retreat. By 1894, Southampton had left behind its identity as an agricultural community: the named cottages on the estates (see below) allude to their character as elite sporting retreats. This is a tradition that continues to this day, as New York's elite flock to the sunny beaches and cooling breezes every summer.

West Half: Town of Southampton

(20 x 27.25 inches; 1 : 4200) This sheet covers from Eastport to Peconic Bay and the Shinnecock Canal. It includes lifesaving stations placed regularly along the barrier islands to the south, and the grounds of the Long Island Country Club. In the upper left is an inset plan of the town of East Quogue (1 : 10800). Oriented slightly west of north.

East Half: Town of Southampton

(20 x 27.25 inches; 1 : 24000) This sheet covers the area east from Shinnecock Canal to Sag Harbor and north to North Haven Park. It includes lifesaving stations as well, and shows the Shinnecock Indian Nation reservation (not named). In the upper left is an inset plan of the town of Bridgehampton (1 : 10800). Oriented slightly west of north.

Sec. 3. West Half: Village of Southampton

(27.5 x 23 inches; 1 : 3600) Oriented to the northwest, this map sheet covers the western portion of the village of Southampton, from Heady Creek and Shinnecock Bay to the west shore of Town Pond (also known as Lake Agawam). The map shows rail connections, names streets, marks the locations of specific buildings, identifying not only owners but also named houses and estates! The map also shows the locations of water mains and fire hydrants. The Meadow Club of Southampton is included, along with Cooper's Neck Pond and Halseys Neck Pond.

Sec. 4. East Half: Village of Southampton

(27.5 x 23 inches; Scale: 1 : 4200) Oriented to the northwest, this map sheet covers from the intersection of First Neck Lane (Now Coopers Neck Lane) and Dune Road (Now Meadow Lane). Consequently, there is some overlap with the west sheet, corresponding to the southwest portion of Lake Agawam. The eastern limit of the map corresponds with David White's Lane. As on the western sheet, the map names a number of the estates populating the village: From Dr. T. G. Thomas' prosy 'Sandhurst' and 'Bonito', to the playful 'Happy-Go-Lucky' in the middle of the estate of Sidney S. Harris.

Beers produced these in 1894. The maps both individually and as a set are extremely rare. We have found no market records for this set, and OCLC cites only copies of two sheets of the map at the Brooklyn Historical Society.