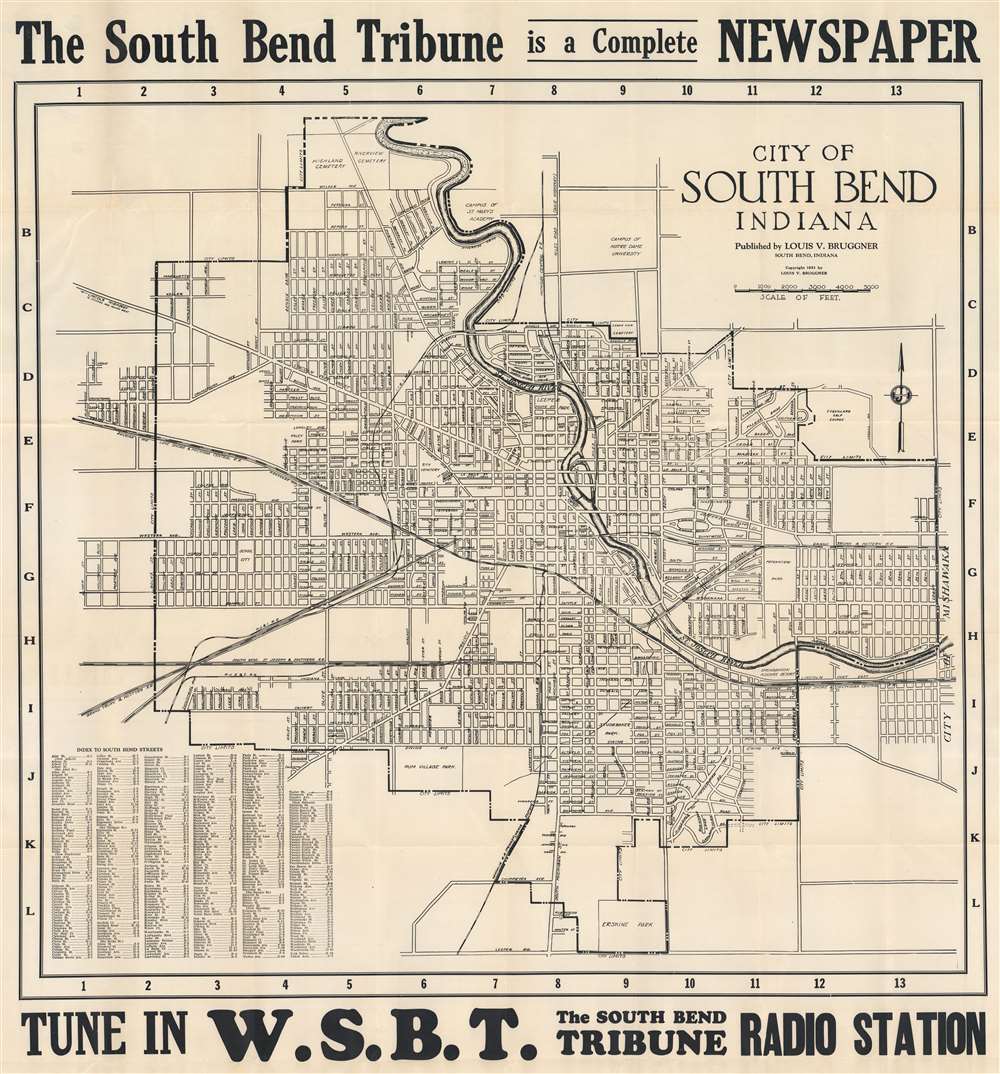 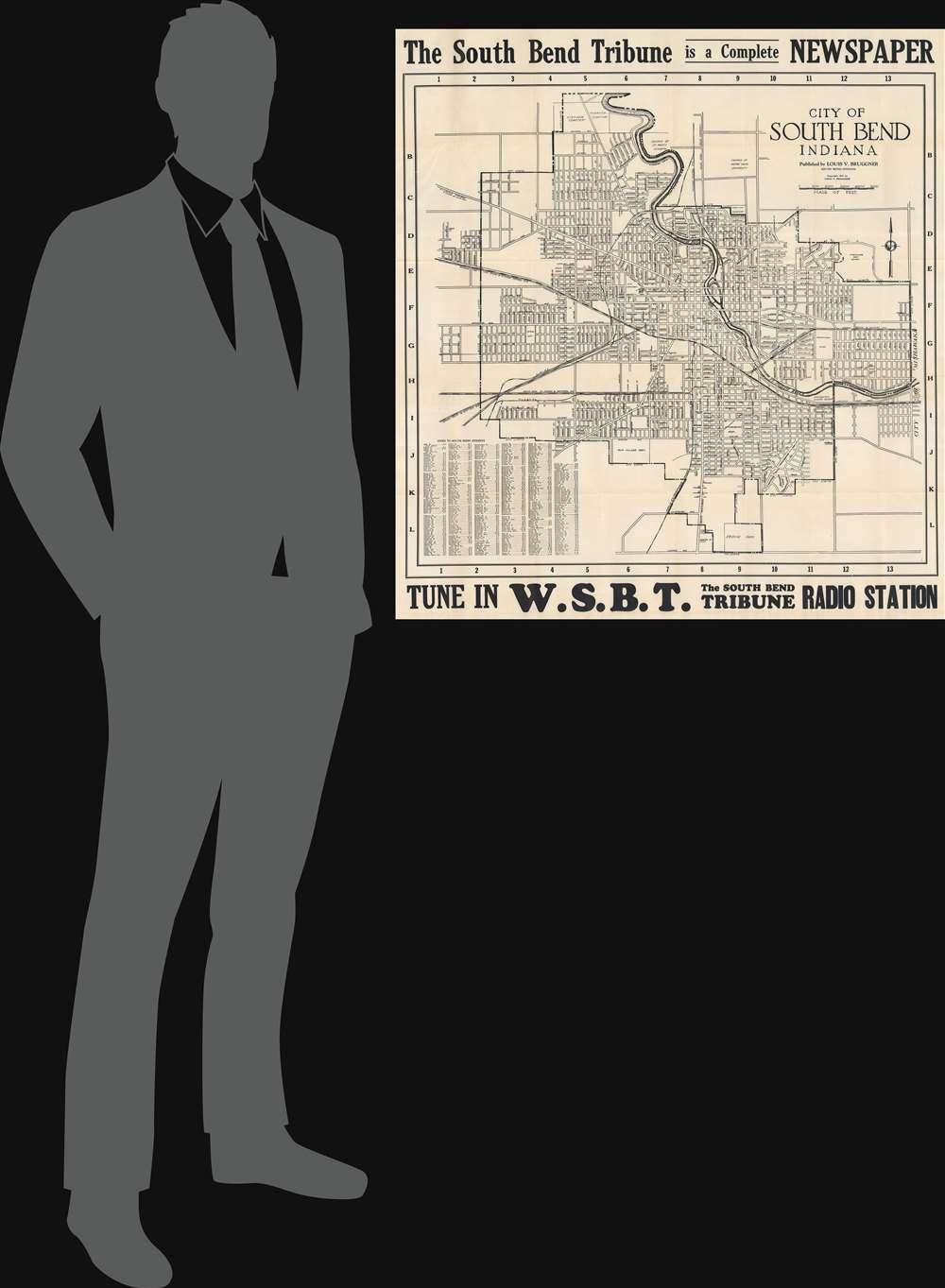 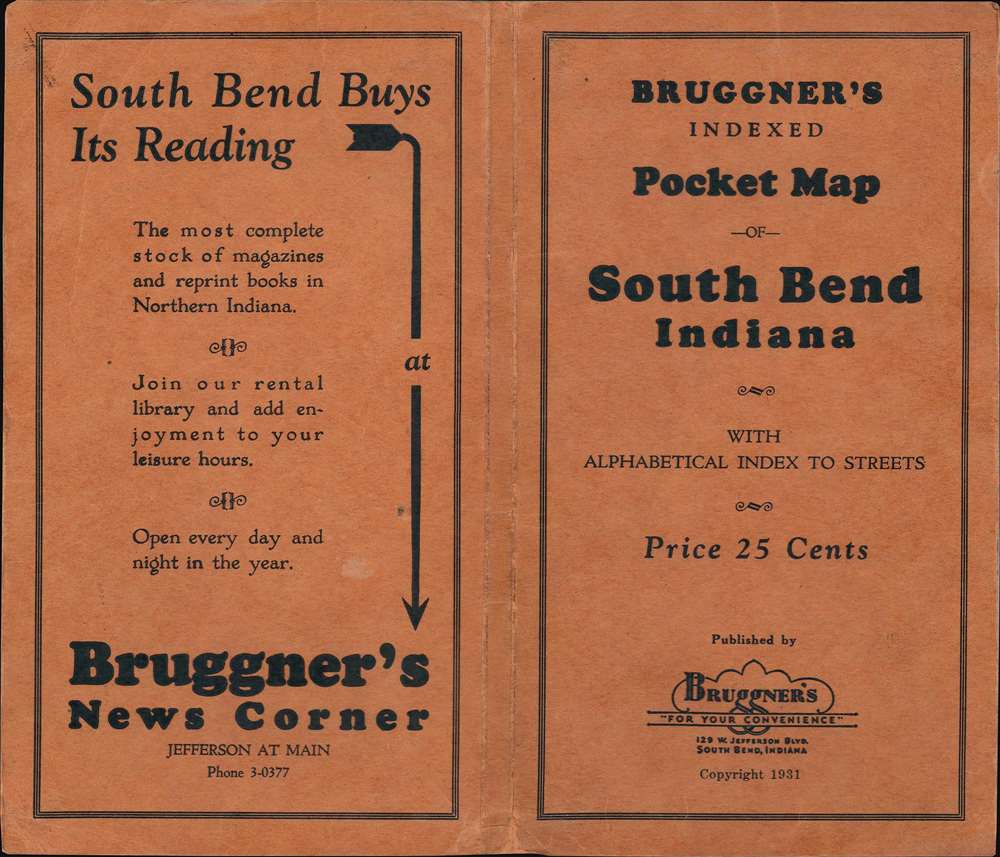 This is a 1931 Louis V. Bruggner city plan or map of South Bend, Indiana. The University of Notre Dame's campus appears in the upper right near the title and St. Mary's Academy. Streets are labeled throughout, along with schools, parks, and cemeteries. Black and white dashed lines trace railroads, including the Lake Shore and Michigan Central Railroad, the Grand Trunk and Western Railroad, and the South Bend, St. Joseph, and Southern Railroad. A street index occupies the lower left corner.

This map was created for and published by Louis V. Bruggner in 1931. This is the only known surviving example of the 1931 edition. We note two cataloged examples of a similar map bearing the same title published in 1929.

Louis Vincent Bruggner (December 27, 1900 - December 29, 1969) was an American businessman. Born in South Bend, Indiana, to German immigrants, Bruggner attended South Bend High School and graduated in 1918. Then, he attended the University of Illinois for one year before transferring to the University of Notre Dame. He graduated from Notre Dame in 1923 with a degree in journalism. Brugger worked for the former South Bend News-times for three years after graduation. In 1929 he purchased a store in South Bend called Gardner News Agency, which likely became Bruggner's Book Store. At the time of his death, Bruggner owned the book store, along the Bruggner's Cigar Store and Restaurant also in South Bend, and Bruggner's Town and Country Store in Mishawaka. Bruggner was president of the South Bend School Board in 1964 - 65 and was a member of the Board of School Trustees when he died. He married Virginia Hull on April 24, 1924, with whom he had two children. Learn More...

Very good. Light wear along original fold lines. Verso stabilization to fold intersections and where once attached to binder.
Looking for a high-resolution scan of this?