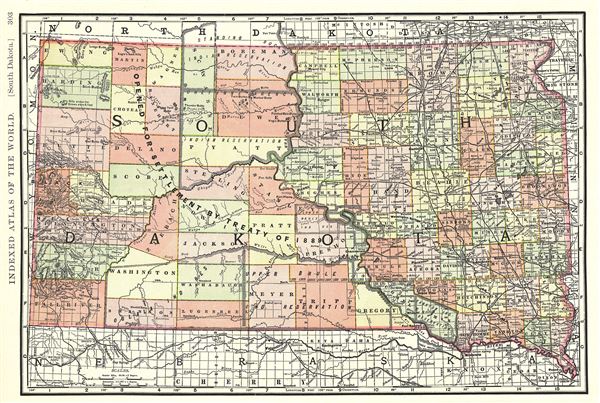 An appealing 1891 map of South Dakota issued by Rand McNally and Company. It covers the state just two years after the treaty of 1889 in great detail, noting towns, rivers, mountains, railroads and other topographical features. The region opened for settlement by the treaty of 1889 is identified. The map also delineates survey grids and plats referencing the work of the U.S. Land Survey. The map is color coded according to counties and elevation is rendered by hachures. This map was issued as plate no. 303 in the 1893 edition of Rand McNally and Company's Indexed Atlas of the World- possibly the finest atlas Rand McNally ever issued.