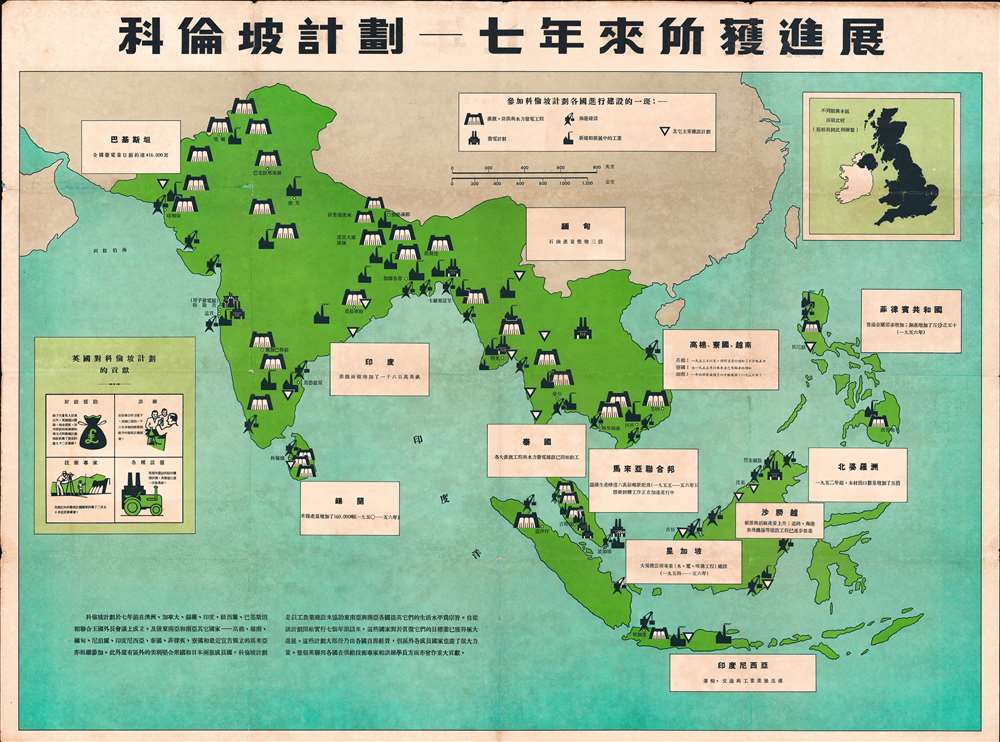 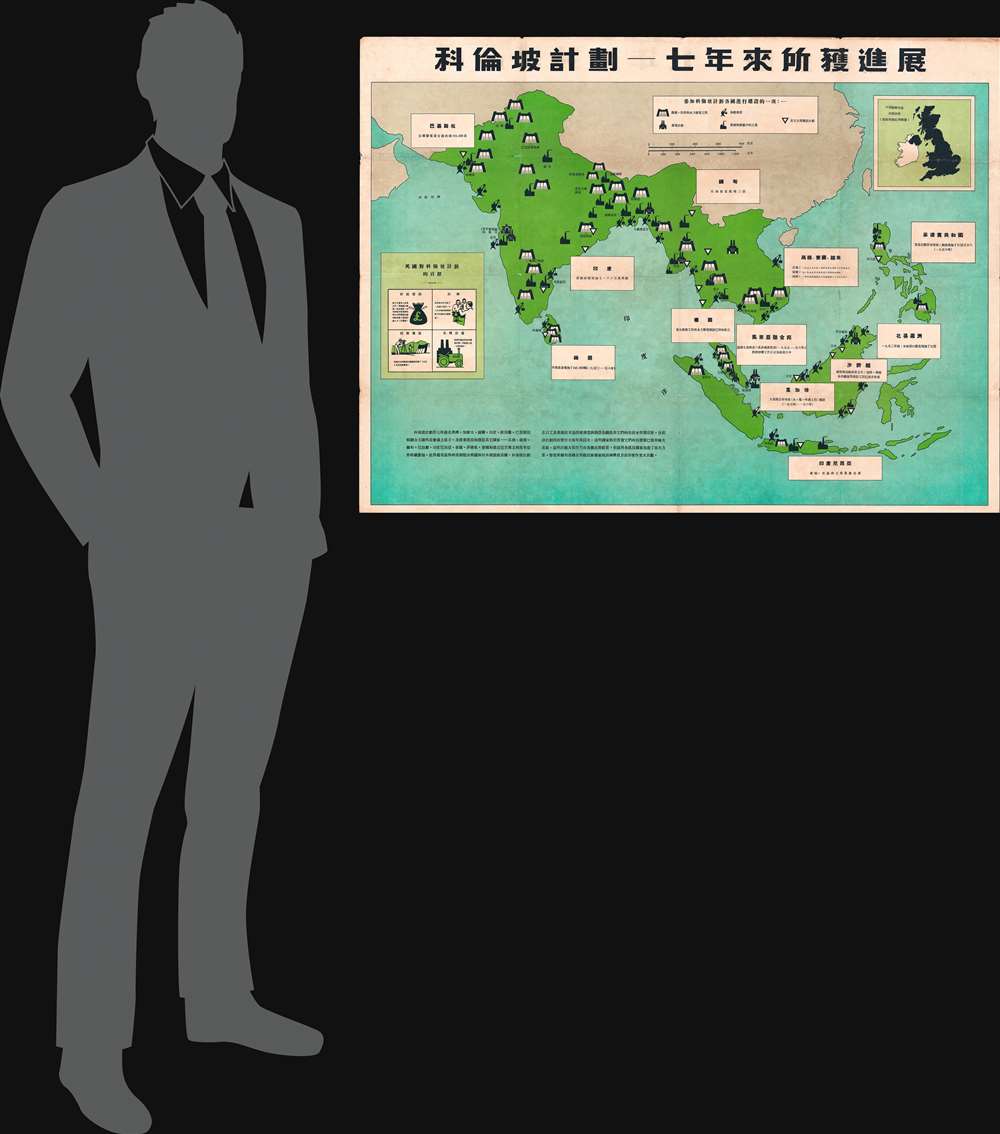 This is a rare c. 1957 map of India, Southeast Asia, the East Indies, and the Philippines intended to propagandize the achievements of the 'Colombo Plan' - a multinational economic initiative intended to foster social and economic development in the Asia-Pacific region. The map is entirely in Chinese and is presumably intended to propagandize the Colombo Plan to a Chinese audience. Coverage extends from the Indus Valley to the Philippines and from Nepal to Java and Timor. Symbols illustrate various types of development influenced by the Colombo Plan. Text and graphs on the map highlight the British contribution to the effort.

The Colombo Plan was 27 countries joint-initiative designed to strengthen economic and social development India, the East Indies, and Southeast Asia, and in doing so, fight the spread of Communist ideology. The plan was initially proposed in 1949 by Indian diplomat K. M. Panikkar (1895 - 1963). In January 1950, British Foreign Secretary Ernest Bevin championed the idea at the Commonwealth Conference in Colombo, Ceylon. Originally conceived as a six-year project, the Plan was so successful it was subsequently extended indefinitely. The United States, although not a member, became by far the largest contributor. While generally successful, the Colombo Plan has been criticized s by some as a platform for consolidating colonial hegemony.

Text on the map in Chinese describes the initiative,

The Colombo Plan was established at the meeting of foreign ministers of Australia, Canada, Ceylon, India, New Zealand, Pakistan, and the United Kingdom seven years ago. Later, other countries in Southeast Asia and South Asia, Khmer, Vietnam, Myanmar, Nepal, Indonesia, Thailand, the Philippines, Laos, and Malaya, which recently declared its independence, also participated. In addition, there are two member states outside the zone, the United States of America and Japan. The Colombo Plan is aimed at assisting Southeast Asian and South Asian countries to improve their living standards through industrial and agricultural construction. In the seven years since the plan began, these countries have made great progress in implementing their goals. Most of these plans are funded by the countries themselves, but member countries outside the region have also done a lot. The countries of the Commonwealth will also make significant contributions in providing technical experts and trainees.

No publisher or publication date is given, but the Colombo Plan was initiated in 1950, and so we have dated the map to 1957, as it illustrates seven years of progress. We have been unable to locate any other examples.

Good. Exhibits wear along original fold lines. Exhibits small areas of loss at some fold intersections. A small area of infill appears in the upper left quadrant. Edges exhibit some wear.
Looking for a high-resolution scan of this?