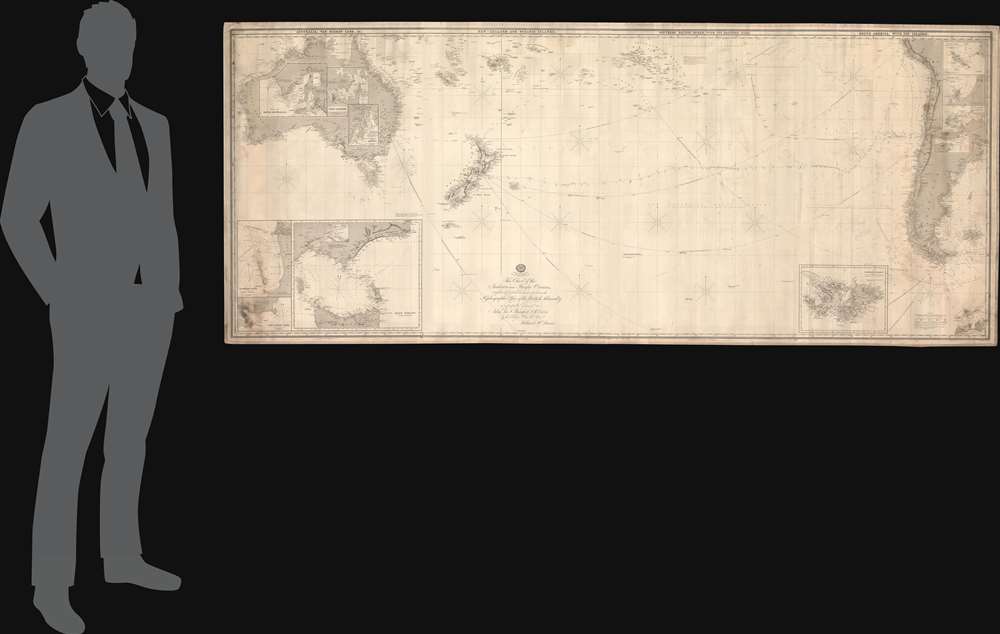 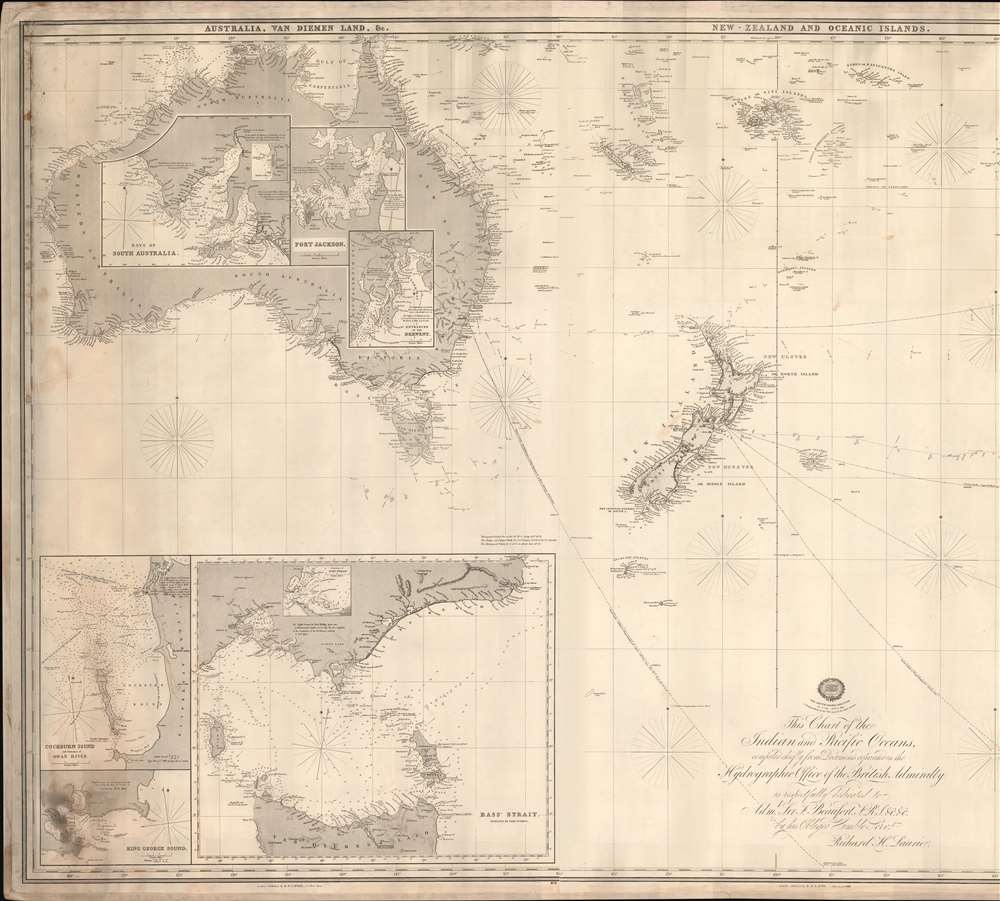 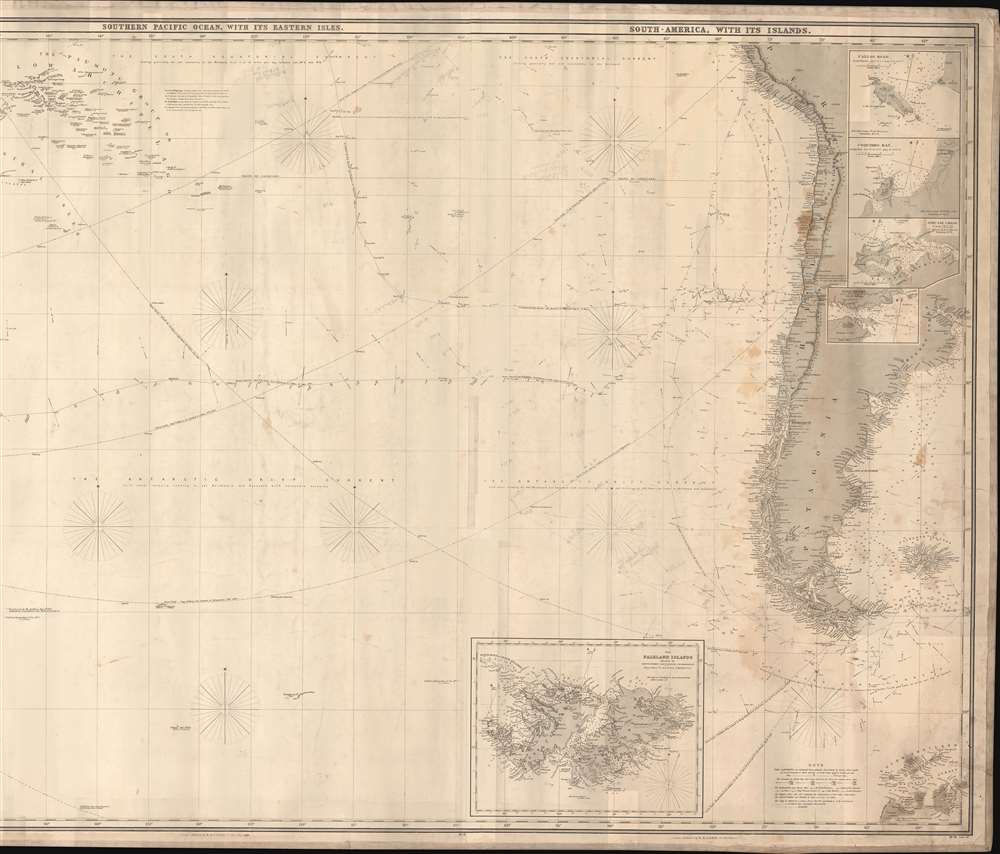 A rare 1880 blueback nautical chart or maritime map of the South Pacific by Richard Holmes Laurie. This map consists of four charts, joined laid on blue manila paper, and edged - designed specifically for navigation of the South Pacific. The chart in aggregate covers from Australia to Buenos Aires, and from Cape York, Australia, to the South Shetland Islands. The present chart offers extensive meandering pencil annotations recording voyages in 1880 and 1881 - apparently around Cape Horn, into the Pacific, and northwards to San Francisco.

Laurie dedicates this chart to the Irish Admiral Francis Beaufort (1774 - 1857), a Royal Naval officer and hydrographer. Beaufort served at sea from 1789, his signature work including detailed \surveys of Rio de la Plata and the coast of Turkey. In 1829, he was appointed Hydrographer of the Navy, a post he retained for 26 years, overseeing the production of over 1000 charts. He retired in 1855 as a Rear-Admiral, a KCB, and a Fellow of the Royal Society, the Royal Astronomical Society, and the Royal Geographical Society. Choosing so august a personage to whom to dedicate this chart was no doubt an attempt to confer legitimacy.

The present issue dates to 1880, and was likely published by one of Laurie's heirs, possibly Findlay or one of his heirs. We note no other examples from this edition.

Good. Original blue backing. Some water stains and wear. Pencil annotations relating to 1880 - 1881 voyages.
Looking for a high-resolution scan of this?