1780 Bellin Map of the South-West Coast of Africa, Angola to Cape of Good Hope 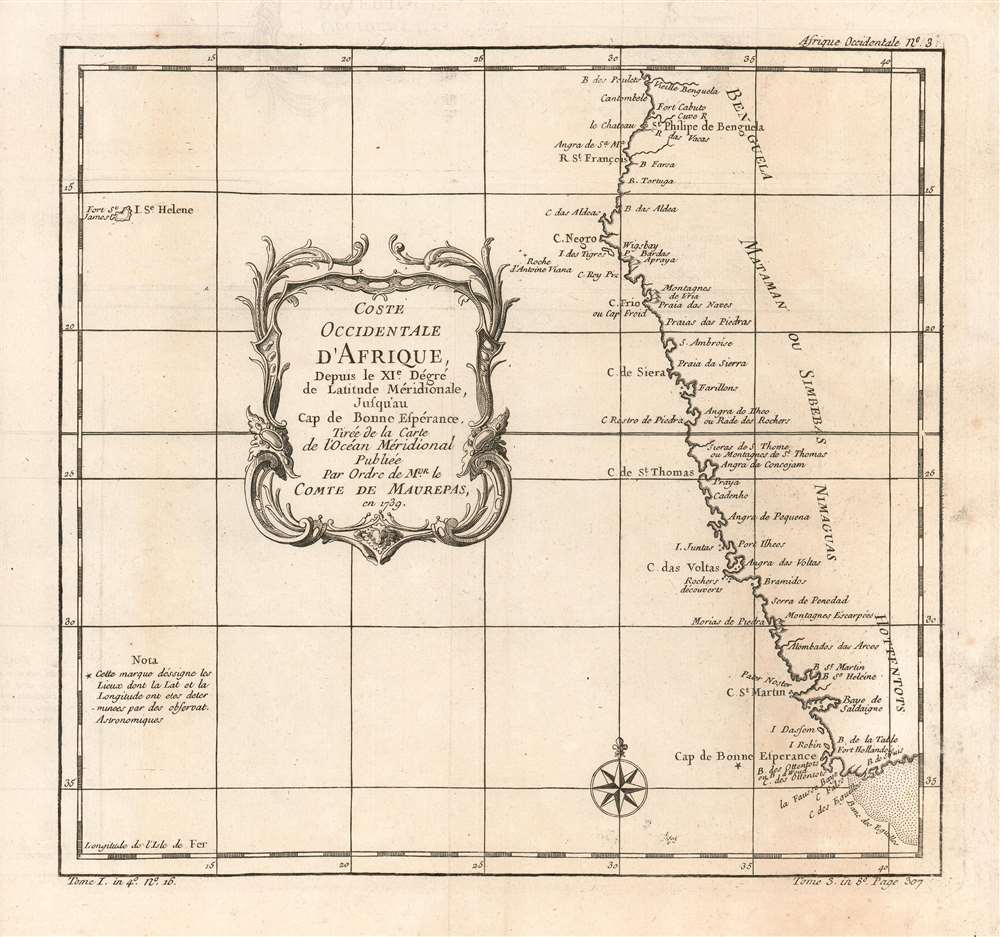 1780 Bellin Map of the South-West Coast of Africa, Angola to Cape of Good Hope

Attractive Chart of Western South Africa and the Cape of Good Hope.
$350.00

This is a 1780 Bellin map of the southwestern coast of Africa, covering the coasts of Angola, Namibia, and the Atlantic coast of South Africa, as far as the Cape of Good Hope. Table Bay, Cape Agulhas and the Agulhas Banks are named. The map notes the presence of European forts throughout, and also names kingdoms abutting on the coastline: The Kingdom of Benguela, the Kingdom of Mataman, and the NImaguas. The Khoikhoi pastoralists of southern Africa are also noted, using the pejorative Dutch/English terminology name 'Hottentot'. It includes a notation indicating that the Cape's latitude and longitude had been determined by astronomical observation. At the western extreme of the map, the island of St. Helena appears, This was the 'cursed rock' to which Napoleon would be banished in 1815 to serve out his exile, dying there in 1821.

Bellin drew the information for this chart from his own superb 1739 chart of the southern Atlantic Ocean, Carte Reduite de l'Ocean-Meridional. It was this grand chart, and not the present lovely if narrowly-focused engraving, that was produced Par Ordre of the Count de Maurepas. It seems slightly misleading that Bellin should here invoke this famous French statesman, naval strategist and spymaster, given that the present map was to appear in Harpe's 1780 Abrégé de l'histoire générale des voyages, which epitomized Prévost's Histoire générale des voyages - a work perhaps better known for its imaginative flourish than for its factuality.

The map was included in Harpe's 1780 abridged edition of Prévost's Histoire générale des voyages. This map appears on the market from time to time, but OCLC lists only nine copies of the separate map (although inconsistencies in cataloguing mean this number may be higher.) Prévost's Histoire and Harpe's abridged version of it are well represented in institutional collections.

Very good condition; some slight variations in toning. Else excellent with a bold strike and generous margins.