1801 Cary Map of Spain and Portugal 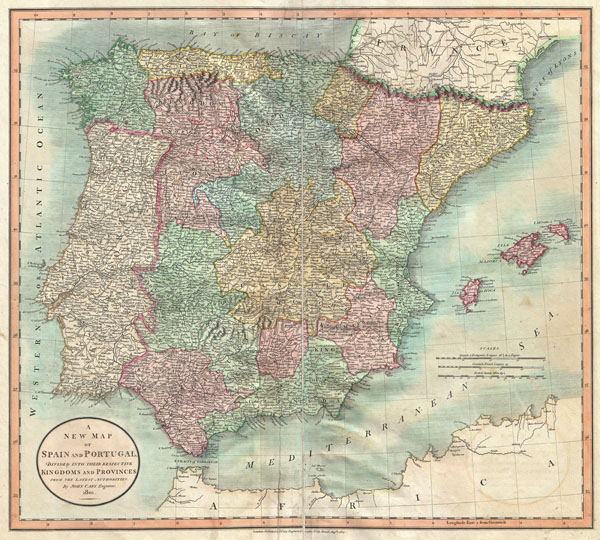 1801 Cary Map of Spain and Portugal

An extremely attractive example of John Cary's 1801 map of Spain and Portugal. Consists of the entire region of Iberia including the islands of Minorca, Majorca and Ibiza, parts of northern Africa, and Parts of France. Highly detailed with color coding according to region. All in all, one of the most interesting and attractive atlas maps Iberia to appear in first years of the 19th century. Prepared in 1801 by John Cary for issue in his magnificent 1808 New Universal Atlas.