1862 Johnson Map of Spain and Portugal 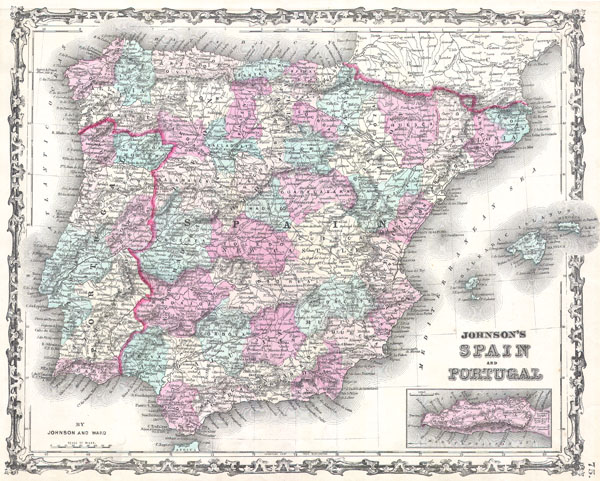 1862 Johnson Map of Spain and Portugal

This is Johnson and Ward's 1862 map of Spain and Portugal. Covers the region with particular attention to transportation, cities, and waterways. Lower right hand quadrant has an inset map of Gibraltar. Includes the Balearic Island of Ibiza, Majorca and Minorca. Features the ribbon style border common to Johnson's atlas work from 1860 to 1862. Steel plate engraving prepared by A. J. Johnson for publication as plate no. 75 in the 1862 edition of his New Illustrated Atlas… This is the first edition of the Johnson's Atlas to bear the Johnson and Ward imprint.

Rumsey 2905.043. Phillips, Philip Lee, A List of Geographical Atlases in the Library of Congress, 6140.
Looking for a high-resolution scan of this?