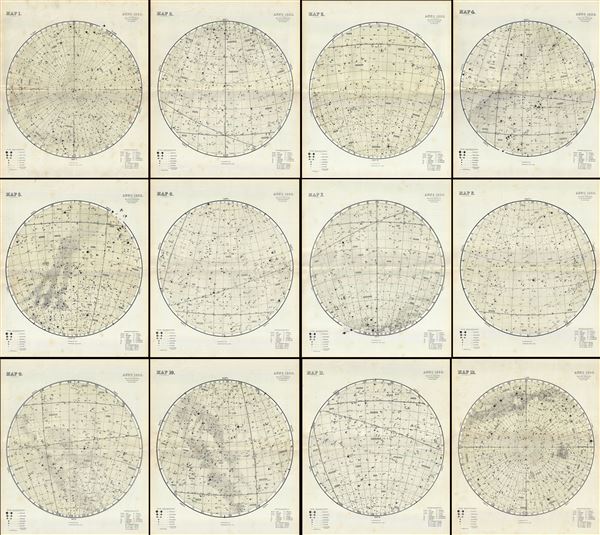 This is a fascinating 1880 set of twelve maps or charts of all the stars and constellations of the night sky, by Richard A. Proctor. The charts, which comprise of six northern and six southern maps, show all the stars visible to the naked eye, and fifteen hundred other objects of interest, in twelve circular maps on the equidistant projection. These charts picture the heavens for the first time on a systematic plan, without appreciable distortion, on an adequate scale, and within a convenient volume.

These maps were printed A. Brothers and drawn by Richard A. Proctor and issued as part of the second edition of the 1880 issue of A Star Atlas for the Library, the School, and the Observatory.

Very good. Set of twelve maps. Minor wear and verso repair along original centerfolds of some maps. Some maps exhibit minor spotting.
Looking for a high-resolution scan of this?