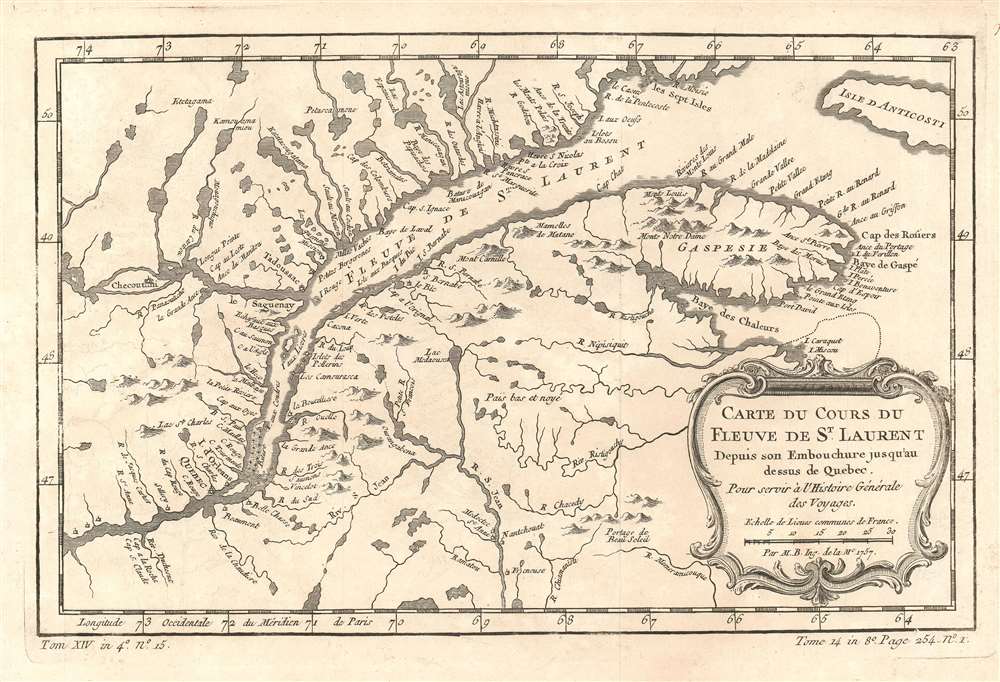 A charming map of the Saint Lawrence River from Quebec City to the river's mouth.
$200.00

This is a 1757 Jacques-Nicolas Bellin map of part of the Saint Lawrence River and Québec, Canada. The map depicts the region from the Sainte Anne River to Anticosti Island and from Sept-Iles to the village of Freneuse. Numerous towns and villages are labeled, including Québec City and Tadoussac. Myriad small rivers leading into the Saint Lawrence are illustrated along both banks of the river from west of Québec City to the Gaspésie Peninsula. Innumerable lakes are also depicted.

This map was created by Jacques-Nicolas Bellin for publication in Abbé Prévost's Histoire Générale des Voyages in 1757.