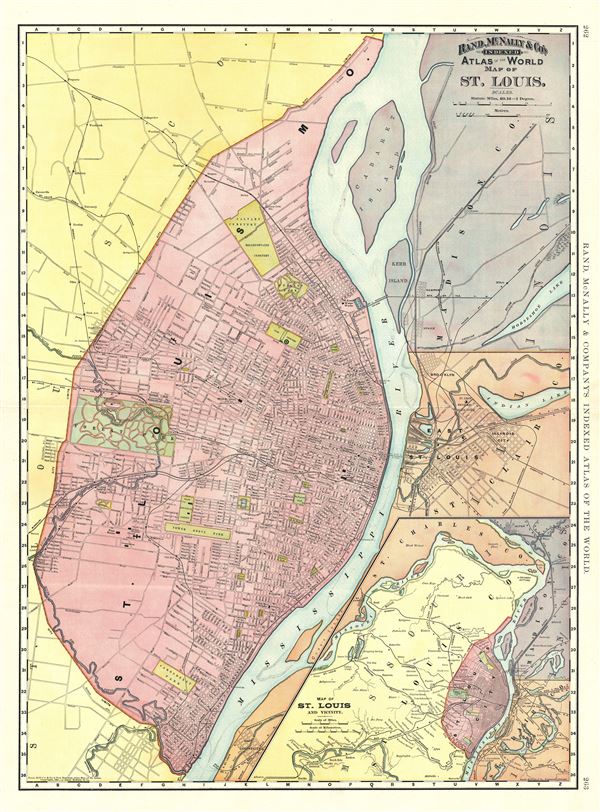 This is an attractive 1891 Rand McNally map or plan of the city of St. Louis, Missouri. It covers the city from the city limits east across the Mississippi River to Horseshoe Lake in Illinois. In addition to all major streets, this map identified important buildings including the insane asylum, poor house, crematorium, female hospital etc. The map offers extraordinary detail at level of individual streets and buildings. Parks, cemeteries, railway lines and various topographic details are also included. An inset in the lower right quadrant features a map of St. Louis and vicinity. This map was issued as plate nos. 262 and 263 in the 1893 edition of Rand McNally and Company's Indexed Atlas of the World- possibly the finest atlas Rand McNally ever issued.