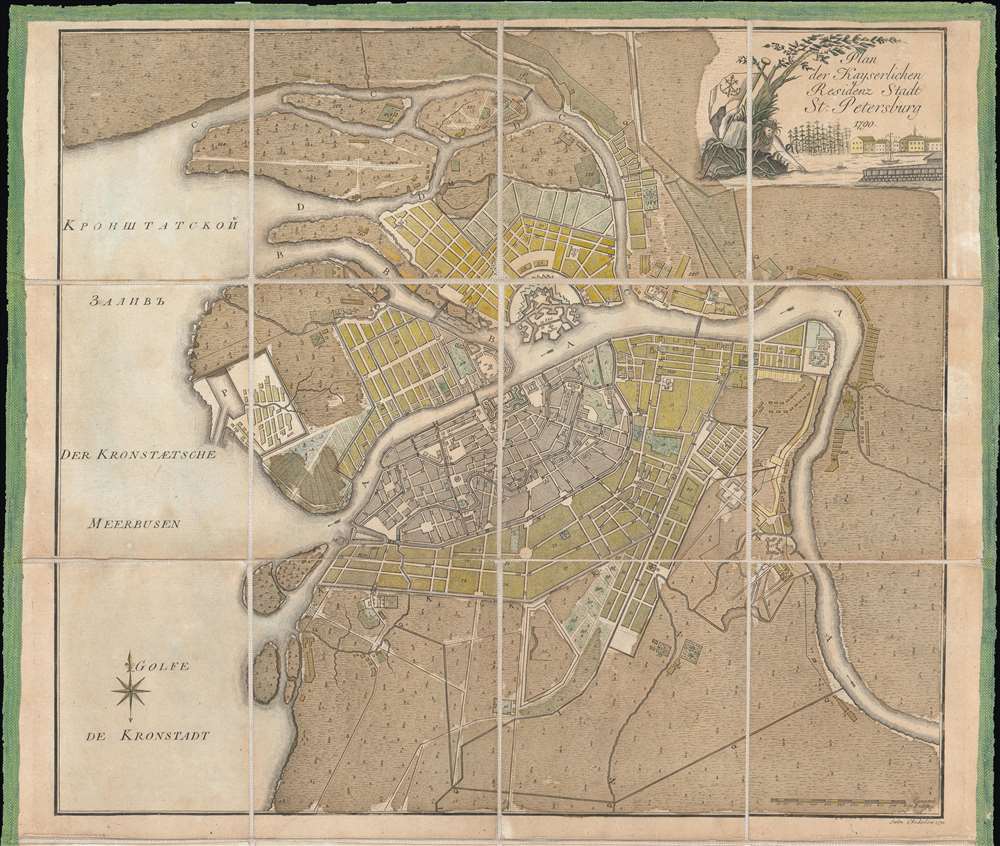 An extremely rare city plan of St. Petersburg at the end of Catherine the Great's reign.
$1,500.00

This is a 1790 Efim Maksimovič Chudjakov city map or plan of St. Petersburg. The map depicts the city from the Bolshaya Nevka Neva south past the Reka Bol'shaya River and from Neva Bay, also known as the Gulf of Kronstadt, to the Neva River. Highly detailed, over one hundred twenty locations are numerically identified, though unfortunately the corresponding index is not present. The Peter and Paul Fortress is illustrated in detail along the Neva River.

In 1790, Catherine the Great was entering the last years of her reign, having ruled as the Empress of Russia since 1762. Known as the Catherinian Era, this is considered to be the Golden Age of Russia. An age of Russian expansion, Catherine reigned from the Winter Palace in Saint Petersburg, and oversaw an era in which Russia became recognized as one of the great powers of Europe.

This map is extremely rare. The only institution that holds an example in its collection is the Bayerische StatsBibliothek in Munich. We have been unable to locate any record of this map entering the private market.

Efim Maksimovič Chudjakov (1748-1822) was a Russian cartographer and engraver active in the late 18th and early 19th centuries. Based in Saint Petersburg, Chudjakob was affiliated with the Saint Petersburg Academy of Sciences and is recognized for his remarkable and expansive 1776 map of Russia.

Very good. Dissected and mounted on linen in 12 panels. Blank on verso.