1939 U.S. Navy Hydrographic Office Chart of the Aleutian Islands and the North Pacific 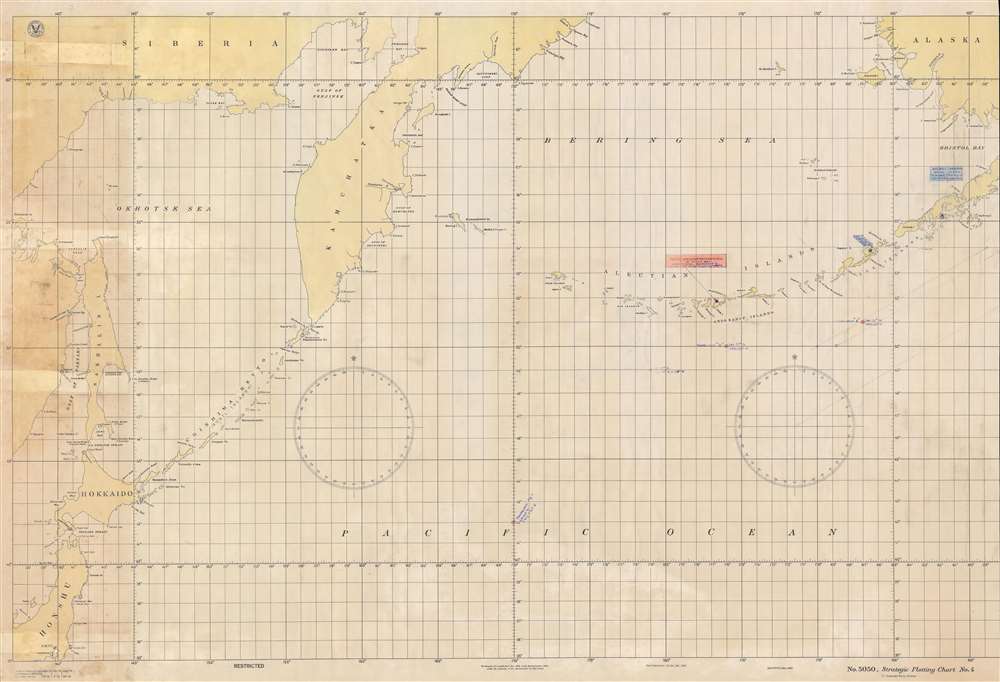 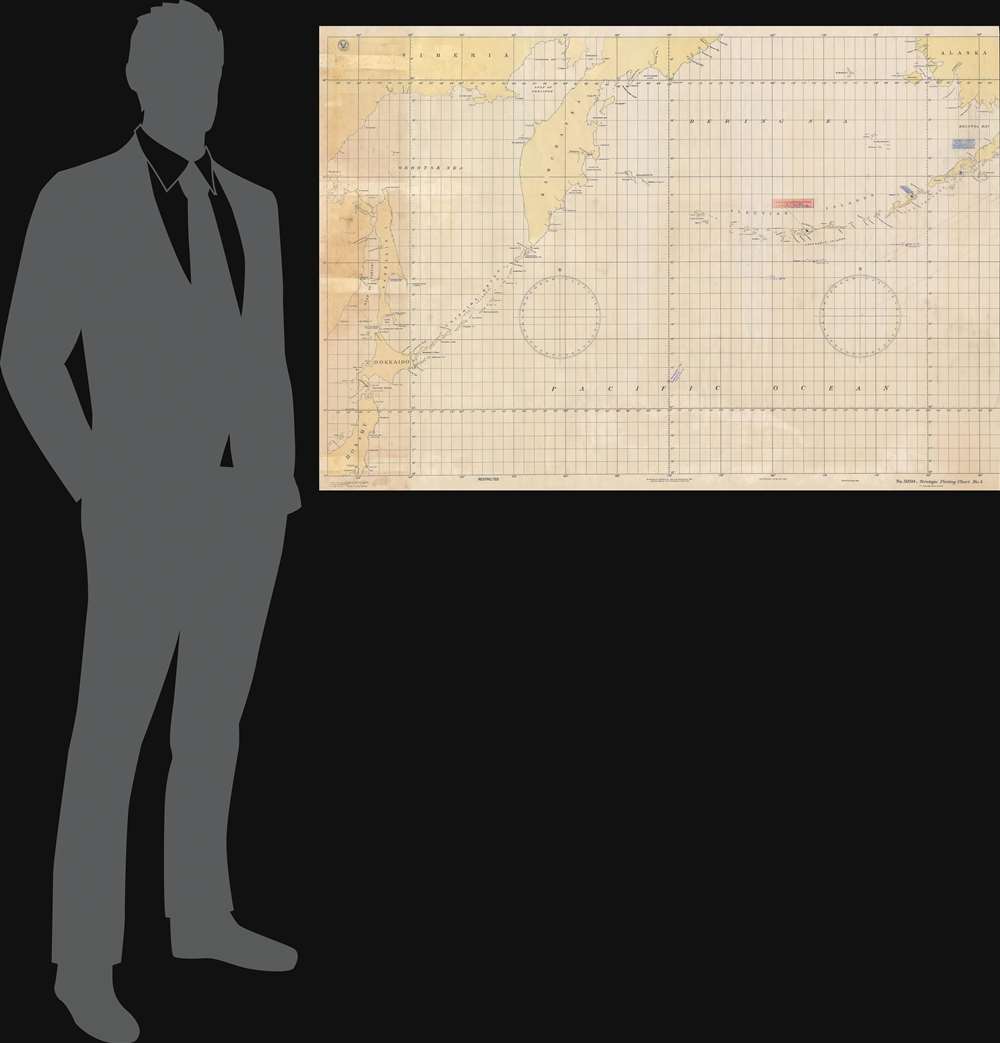 1939 U.S. Navy Hydrographic Office Chart of the Aleutian Islands and the North Pacific

This is a 1939 U.S. Navy Hydrographic Office chart of the Aleutian Islands and the North Pacific, with WWII Era manuscript annotations. Coverage extends from Siberia, Sakhalin, and northern Japan to Bristol Bay and southwestern Alaska.

Colored blue and orange and written in blue ink, these notations likely reference a war game undertaken by cadets at the U.S. Naval War College in 1940 or 1941. Our research indicates that cadets in both classes participated in war games in the Aleutian Islands early in the academic year.

Unfortunately we have been unable to directly link this piece to any specific exercise. Its use of blue and orange strongly suggests that it was part of a training exercise, because 'Orange' was the code name set aside for Japan in the U.S. Navy from just after World War I and 'Blue' was meant to denote American forces. Using this logic as a baseline, this likely means that the 'Orange Northern Raiding Force' identified in Kuluk Bay, Adak Island, was the Japanese force attacking the Aleutian Islands in this iteration of the Aleutian Islands war game. The American base at Dutch Harbor (the only base in the Aleutians until the Japanese occupied Attu and Kiska in June 1942) and Dolgoi Harbor were most likely meant to be the targets. Now, from here the specifics of the war game become more unclear. Four rendezvous points are colored orange and progress northwest through the Pacific. Since they are colored orange, the rendezvous points were likely meant for the Orange force, but it is unclear if they progress from 'A' to 'E' away from the Aleutians, or from 'E' to 'A' toward the Aleutians.

This map was created and published by the U.S. Navy Hydrographic Office in August 1939 and bears manuscript notations written by an unknown hand that likely reference a U.S. Naval War College war game from 1940 or 1941. This is the only known cataloged example of this chart and the additional manuscript notations make it a truly rare find.