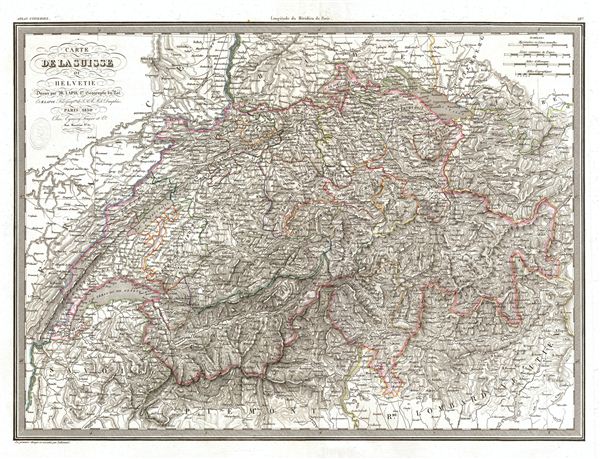 This map was engraved by Armand Joseph Lallemand as plate no. 28 in the first edition of M. Lapie's important Atlas Universel. This map, like all maps from the Atlas Universel features an embossed stamp from the Lapie firm.