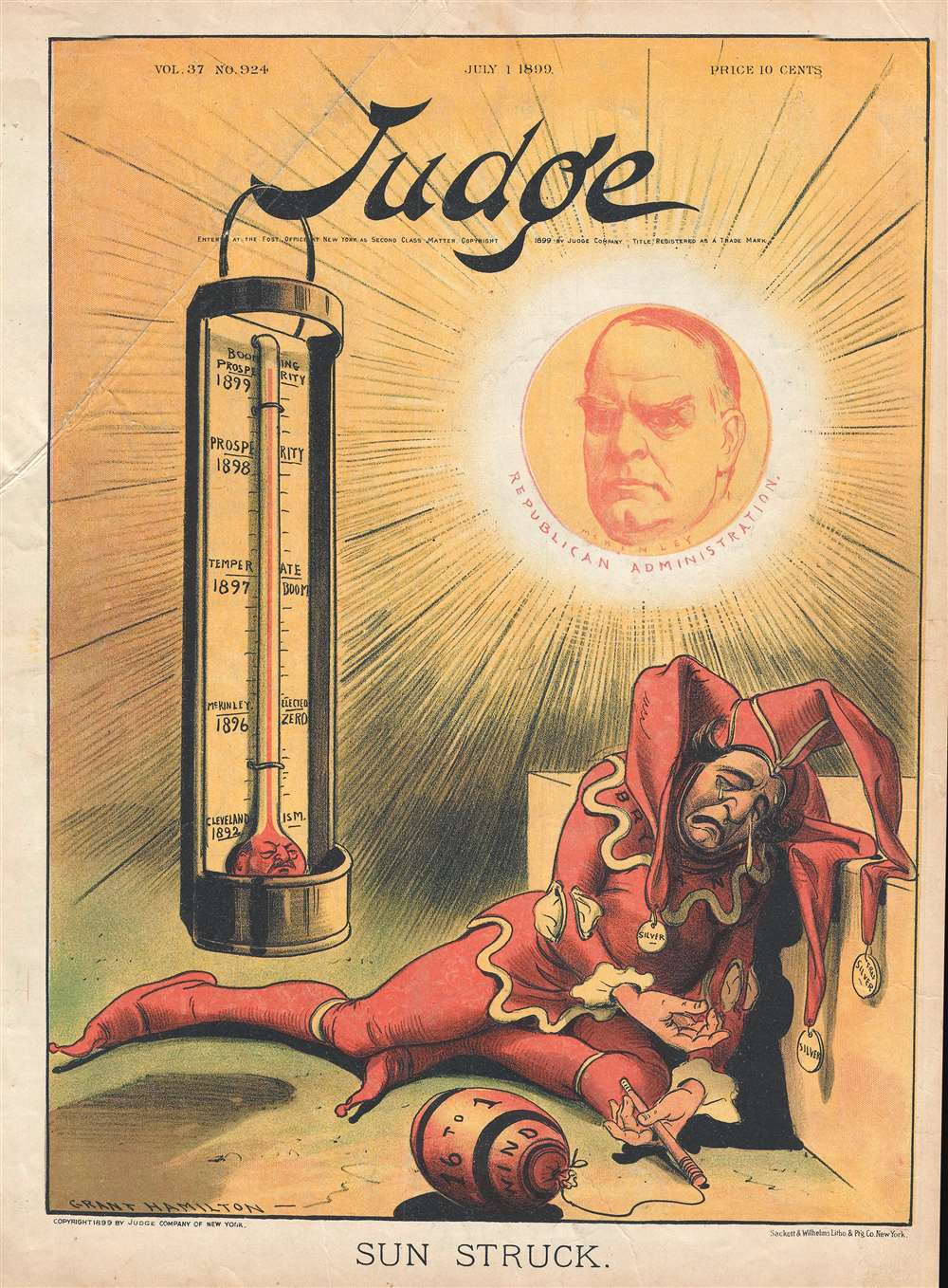 Bryan and the Democrats wilt under the heat of Republican successes and economic resurgence.
$350.00

This is an 1899 Grant Hamilton political cartoon reducing William Jennings Bryan, the Democratic nominee for President in 1896 and in 1900, to the role of a jester. Dressed in a traditional harlequin outfit, Bryan is wilting under the constant heat applied by the Republican party and the economic resurgence of 1897-1899. Since the main platform of the Democratic Party in 1896 and in 1900 was Free Silver, an economic upswing was not beneficial to the campaign strategy. It is important to note that Judge was a major supporter of McKinley throughout his presidency.

Free Silver and the Election of 1900

William Jennings Bryan of Nebraska was a major supporter of free silver and was the Democratic nominee for president in 1896 and 1900, when he ran on a Free Silver platform. He was soundly defeated in both elections, as were other candidates who supported free silver. After the 1896 election, the United States officially moved to the gold standard, making the support of free silver outdated at best. This reality explains why Eastern Democrats (who had never truly supported free silver in the first place) were 'sickened' by the idea of William Jennings Bryan running on the free silver platform again in 1900, a position that practically guaranteed defeat.

This political cartoon was drawn by Victor Gillam and published by Judge on the cover of its July 1, 1899 edition.

Good. Light soiling. Crease running diagonally through upper left quadrant. Text and cartoons on verso.
Looking for a high-resolution scan of this?